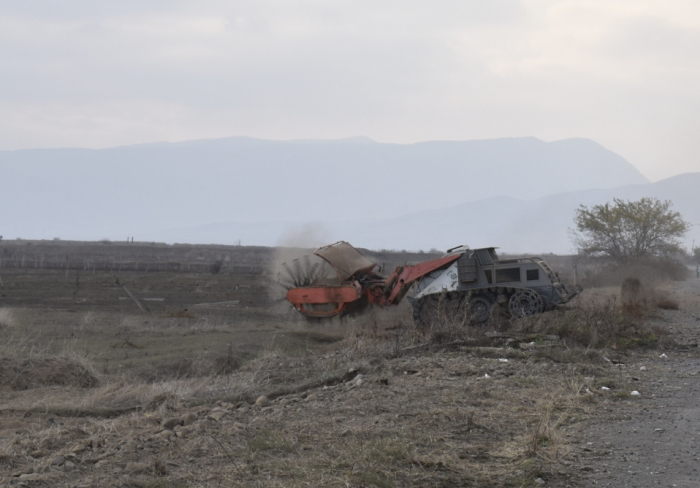 According to Jafarov, more than 135.5 km of roads were restored in the liberated Azerbaijani lands, more than 80 km of new roads were built.

The colonel stressed that by the order of the Victorious Supreme Commander-in-Chief of Azerbaijan, modern mine-clearing vehicles were purchased to accelerate the ongoing work and increase its efficiency.