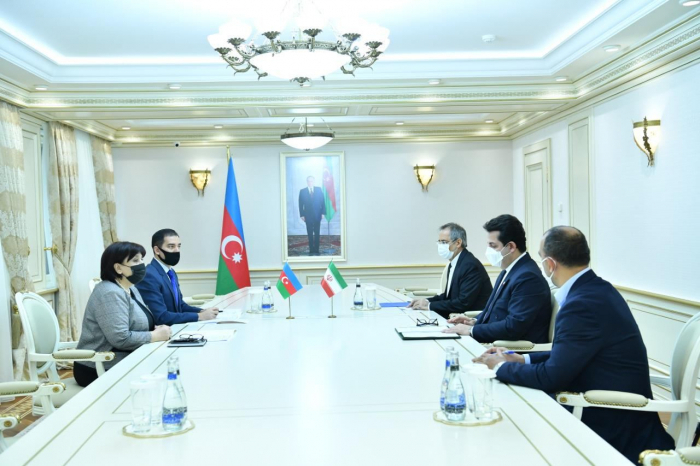 On February 2, Speaker of the Azerbaijani parliament Sahiba Gafarova met with Ambassador Extraordinary and Plenipotentiary of the Islamic Republic of Iran to Azerbaijan Seyyed Abbas Mousavi, AzVision.az reports.

According to the press and public relations department of Milli Majlis, the speaker said that Azerbaijan and Iran are two friendly neighbors: “The historical, cultural and spiritual values that bind us together set out a good basis for the development of our relations in a spirit of mutual understanding. The high-level political dialogue between Azerbaijan and Iran also has a positive impact on our economic relations.”

Emphasizing the role of parliaments in the development of the relations, the speaker praised the activities of friendship groups in the legislatures of both countries.

“Iran supported the territorial integrity of Azerbaijan in the Patriotic standing on the side of truth and justice,” the ambassador stressed.

The ambassador congratulated the Azerbaijani people and the Speaker of the Milli Majlis on the victory achieved during the 44-day military operations.

Moreover, the sides discussed prospects for further development of inter-parliamentary relations and other issues.