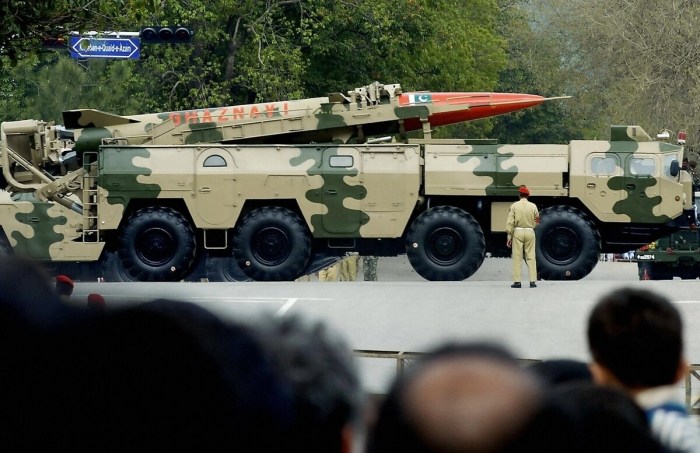 Pakistan on Wednesday successfully test-fired a short-range surface-to-surface ballistic missile capable of carrying nuclear and conventional warheads up to about 180 miles, the military said.

In a statement, it said the launch of the Ghaznavi missile was the “culminating point” of an annual field training exercise by Pakistan’s Army Strategic Forces Command.

The statement said Lt. Gen. Muhammad Ali, who leads the command, commended the force’s “operational preparedness” and its “handling and operating the weapon system.”

Pakistan’s nuclear and missile program is primarily aimed at countering threats from neighboring India, which routinely conducts missile tests. Both nations have nuclear arms and have fought two of their three wars over Kashmir since gaining independence from Britain in 1947.

The disputed Himalayan region is split between them and claimed by both in its entirety.