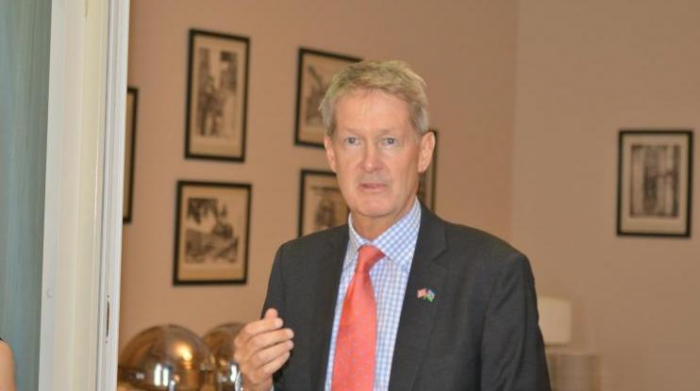 The experience of the UK in science and health care will save lives in Azerbaijan, the UK Ambassador to Azerbaijan James Sharp wrote on Twitter, AzVision.az reports.

"I am greatly pleased to hear that Azerbaijan will purchase 500,000 AstraZeneca / Oxford vaccines through COVAX,” Sharp wrote.

The COVAX international mechanism published preliminary forecasts on the distribution of vaccines against coronavirus among the participating countries.

"According to the document, shipments of vaccines of the AstraZeneca company and Oxford University are estimated to begin no later than February. The total number of doses covers an average of 3.3 percent of the population in 145 [countries] - parties," COVAX stated.