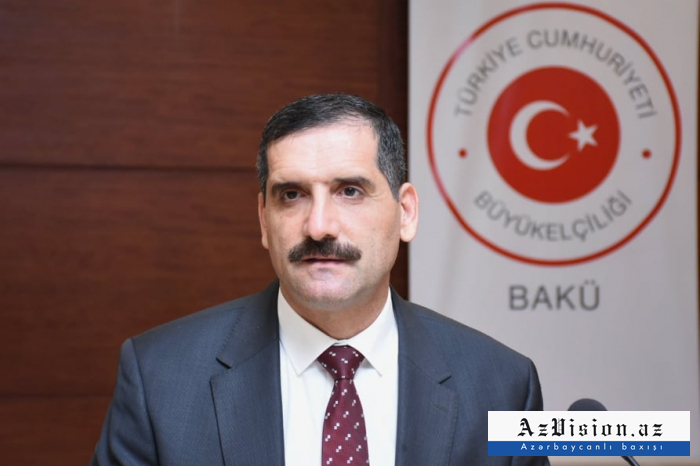 Jabrayil district was also destroyed like other districts of Azerbaijan which had been under the Armenian occupation for nearly 30 years, said Turkish Ambassador to Azerbaijan Erkan Ozoral in the Jabrayil city, which was destroyed by Armenia, AzVision.az reports.

"We witnessed all the destructions made by Armenia. All the monuments, including cultural monuments, were demolished. We even saw how the Armenian side looted the graves and scattered the skeletons. These are inhumane, real savagery. The perpetrators must be brought to justice", Erkan Ozoral added.

Note, Jabrayil was occupied by Armenian forces on August 23, 1993, during the First Nagorno-Karabakh War and was administrated as a part of Hadrut Province of the self-proclaimed Nagorno-Karabakh Republic except the village of Jojuq Mərcanlı, was liberated on January 6, 1994, during Operation Horadiz. This village was the provisional centre of this district until the liberation of Jabrayil on October 9, 2020.

During the second Nagorno-Karabakh war, on October 9, 2020, the Azerbaijani Ministry of Defence announced the liberation of the district's central town, Jabrayil, from Armenian Armed Forces.