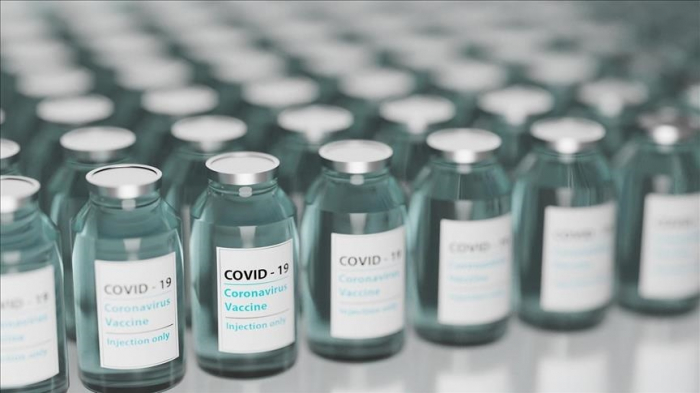 Iran on Sunday unveiled its second homegrown COVID-19 vaccine, based on a recombinant protein that can be injected or inhaled, authorities said, AzVision.az reports citing Anadolu Agency.

Speaking at the unveiling ceremony in Tehran, Iran's Health Minister Saeed Namaki expressed hope that the country will emerge as a "hub of vaccine production" in coming months.

It is the second homegrown vaccine that has reached human trials phase, after CovIran, which is developed by Baraket Pharmaceutical Group allied with a government organization.

The vaccines have been developed under the supervision of Iran's Health Ministry and in compliance with standards set by the World Health Organization (WHO), officials said.

Namaki said the homegrown vaccine was a combination of inhaled dose and injection that can stimulate the immune system, adding that the vaccine has very "few side effects" that can be "reconfigured" in case of virus mutations.

Namaki said they followed through three steps, including reliance on domestic knowledge-based companies, procuring technical knowhow from other countries and importing vaccines from reliable sources like Russia.

On Russia-made vaccine Sputnik V vaccine, which Iran imported this week and which will be used in the first phase of vaccination program, Namaki said Iran was among the first countries to negotiate with Russia on it and decided to import the vaccine after it had passed different phases of testing.

Iran, the worst-affected country in the region from the virus, will begin vaccination rollout this week with high-risk groups like healthcare workers, elderly and ailing.

Albeit the situation has improved in recent months, the rise in new infections in recent days has raised fears of a fourth wave of the virus, a concern expressed by senior health officials.

Iran has so far reported 1.46 million cases of the virus since its outbreak in February last year with 58,000 fatalities.