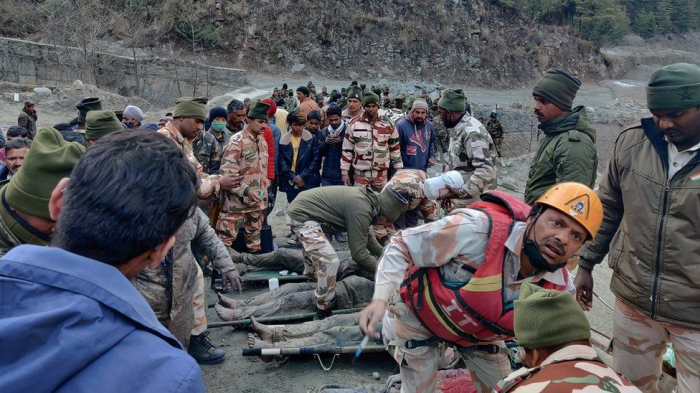 At least 14 people are dead and 150 missing after a piece of a Himalayan glacier fell into a river and triggered a huge flood in northern India, AzVision.az reports citing BBC.

The floodwaters burst open a dam and a deluge of water poured through a valley in the state of Uttarakhand.

Most of the missing are believed to be workers from two hydro power plants in the area.

Hundreds of troops, paramilitaries and military helicopters have been sent to the region to help with rescue efforts.

Experts are investigating the incident though it is not yet clear what might have caused the glacial burst. Officials say 25 people have been rescued so far.

In a tweet on Sunday, Indian Prime Minister Narendra Modi said he was keeping a close watch on the situation in Uttarakhand.

"Have been continuously speaking to authorities and getting updates on... deployment, rescue work and relief operations," he said in a tweet.

"India stands with Uttarakhand and the nation prays for everyone's safety there."

Leaders from across the world have also sent their condolences to families of the victims.