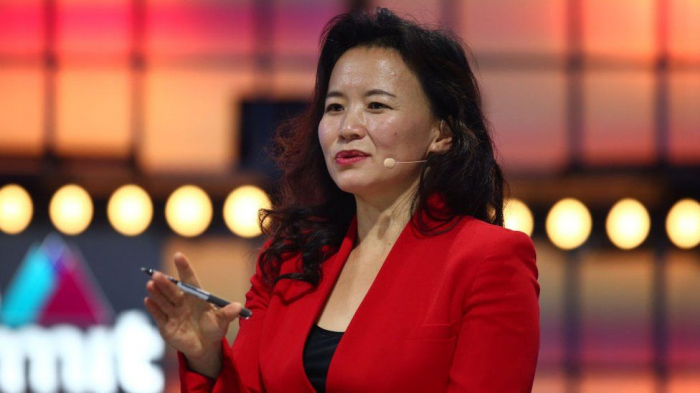 Australian journalist Cheng Lei, after months of detention in China, has been formally arrested on charges of supplying state secrets overseas, the Australian government has confirmed.

Prior to her detention, Ms Cheng had been a TV presenter for Chinese state media outlet CGTN.

She was detained in August and charged last Friday, Australian officials said.

"Our thoughts are with Ms Cheng and her family during this difficult period."

What do we know about the case?

Ms Cheng, a China-born Australian citizen, had worked in Beijing for the last few years. Much of her family, including her two young children, live in Australia.

In August, she suddenly disappeared from television and couldn't be contacted by friends or relatives. Her employer, CGTN - the English-language channel of the state broadcaster - also wiped its websites of Mr Cheng's profile page and work.

Cheng Lei: Who is the Australian TV anchor detained by China?
China eventually announced she was being held on national security grounds under "residential surveillance" in an unknown location.

Her family said they had no idea why she had been detained.

"I don't think she would have done anything to harm national security in any way intentionally," her niece Louisa Wen told the Australian Broadcasting Corporation.

"We don't know if she's just been caught up in something that she herself didn't realise."

Her family said Ms Cheng had been interrogated on several occasions and was being kept in a cell. Her health had deteriorated, they added.

Australia said its representatives had been able to visit her once a month - in line with the bilateral consular agreement with China.

Relations between Australia and China have deteriorated in recent years, leading to diplomatic and trade ructions.

Analysts say this has made it harder for Australian authorities to negotiate with Beijing over their citizens' release.

ABC reporter Bill Birtles said that prior to his departure, Chinese police had turned up to his apartment and questioned him about Ms Cheng, but also asked him questions on a wide range of topics.

Bloomberg said it was "deeply concerned" for her well-being and had sought information on her case. It joined other international media groups in calling for her release.

Another China-born Australian citizen, writer Yang Hengjun, has also been in detention in China for over two years. He denies espionage charges.

Australia has said Mr Yang has endured "unacceptable" treatment during his detention, including being shackled in his cell and enduring hundreds of interrogations.