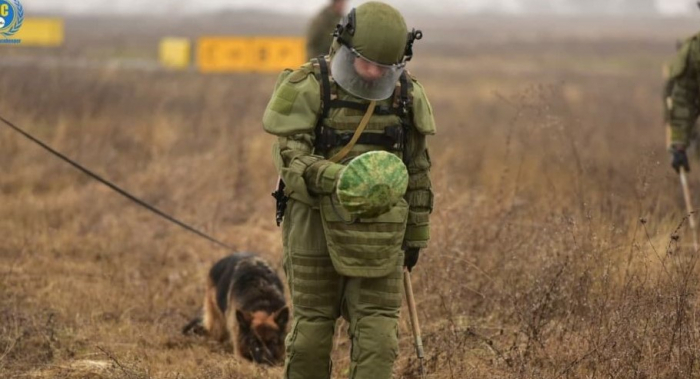 Specialists of the Russian contingent of the peacekeeping forces demine the territory of Khojavend district of Azerbaijan, the Russian MoD reported.

During the demining of the territories in the Nagorno-Karabakh region, Russian servicemen use the Uran-6 multifunctional robotic complex. Its use ensures complete safety of personnel and allows to increase the productivity of cleaning the area from explosive objects.

In total, during demining in Nagorno-Karabakh, 1191, 3 hectares of territory, 350 km of roads, 1170 housing buildings and 29 socially significant objects were cleared, 24, 2 explosive objects were discovered and neutralized.

Detected explosive objects, abandoned or non-exploded ammunition are taken to a specially equipped landfill and destroyed. Ammunition that cannot be evacuated is destroyed on the spot with the necessary security measures in place.