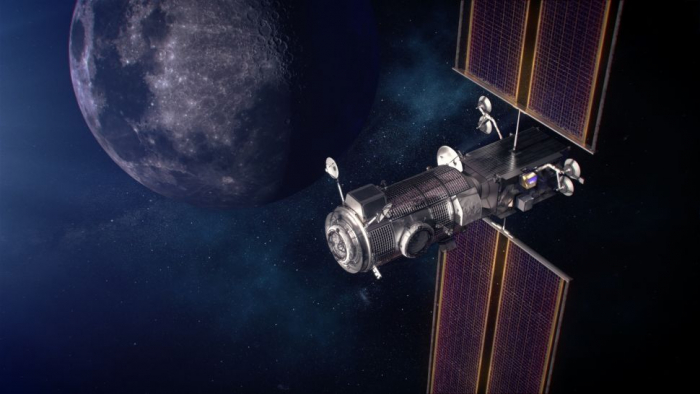 NASA has selected SpaceX to deliver the first two segments of the moon-orbiting Gateway space station for its upcoming Artemis program, which aims to put astronauts back on the moon. The elements will launch atop a Falcon Heavy rocket, sometime in 2024, AzVision.az reports citing Space.com.

The flight, which is the second to be awarded to SpaceX this week (the first was a contract worth $98.8 million to launch NASA's SPHEREx astrophysics mission) will carry the Gateway's power and habitation modules. Launching from Pad 39A at NASA's Kennedy Space Center in Florida, the mission will cost NASA $331.8 million and is scheduled to blast off no earlier than May 2024.

Once deposited in lunar orbit, the Gateway will serve as an outpost for astronauts and equipment heading to the moon as part of NASA's Artemis program. Roughly one-sixth the size of the International Space Station, the Gateway will support research investigations, crew, and expeditions to the lunar surface.

The outpost will serve as a docking station for visiting spacecraft, such as NASA's Orion spacecraft and will orbit the moon, tens of thousands of miles away. It will be a pit stop on the way to the lunar surface. NASA recently paused its search for a human landing system, which will transport astronauts from the gateway down to the surface of the moon. The agency is expected to resume reviewing those bids soon.

The pair of modules SpaceX will ferry into space are the power and propulsion element (PPE) and the habitation and logistics outpost (HALO), which are being built by Maxar Technologies and Northrop Grumman Space Systems, respectively.

The PPE will provide the Gateway with power, enabling communications as well as helping the station move to various lunar orbits, while HALO will give astronauts a place to stay on their way to the moon. Astronauts traveling to the moon will launch aboard crew-toting capsules, like Orion, and HALO will provide docking support for those vehicles.

The European Space Agency will be providing the service module for the Gateway, which includes key life support elements, including consumables like oxygen and water, as well as electricity and temperature controls. That hardware is scheduled to launch on NASA's second planned flight of its new megarocket, the Space Launch System (SLS). That mission, called Artemis 2, will be the first crewed mission of the Artemis program. It is scheduled to launch four astronauts on a loop around the moon in 2023, in preparation for a 2024 moon landing with the Artemis 3 mission. The first SLS flight, scheduled to launch in late 2021, will be an uncrewed test flight around the moon.