Nagorno-Karabakh War is being studied in the US, Israel, says Russian expert 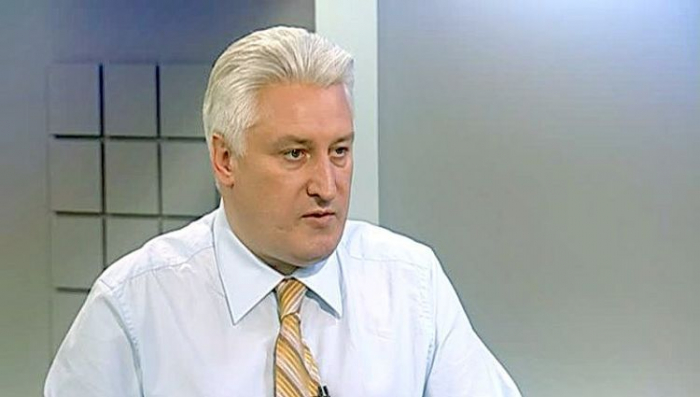 The Armenia-Azerbaijan Nagorno-Karabakh war is being studied today not only in Russia, but also in the US, Israel, at the NATO headquarters, editor-in-chief of the National Defense magazine, Russian military expert Igor Korotchenko said at a meeting with a group of intellectuals and journalists in Baku on Feb. 11.

“The military level of Azerbaijan is being closely studied,” the expert added. “Azerbaijan is known all over the world today for its geopolitical military victory. Azerbaijani President Ilham Aliyev has restored the territorial integrity of his country. He once again proved that he is a global politician.”

Korotchenko stressed that the war, which lasted for 44 days, is fundamentally new in the world military history.

"Such a large-scale use of unmanned aerial vehicles has not been used by any country so far,” the expert said. “Azerbaijan, having chosen the correct tactics of warfare, managed to organize a military operation in such a way that forced Armenia to sign a surrender agreement upon Azerbaijani terms, politically formalized in the form of a trilateral agreement [on ceasefire and cessation of all hostilities in the Nagorno-Karabakh region] with the participation of Russia.”

“Afterwards, the territories of three districts were liberated without hostilities thanks to this surrender," the expert said.

A meeting was held with editor-in-chief of the National Defense magazine Igor Korotchenko, who is on a visit to Azerbaijan, on Feb. 11.