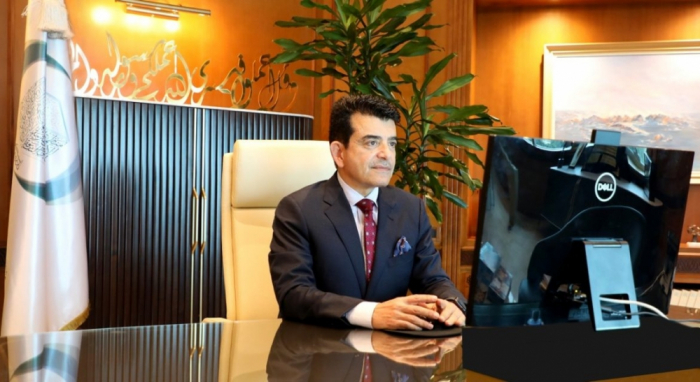 Director-General (DG) of the Islamic World Educational, Scientific, and Cultural Organization (ICESCO) Dr. Salim M. AlMalik reaffirmed that supporting women, promoting their roles, and achieving gender equality in the field of science is an absolute necessity in the current times, according to the official website of the Organization.

He stressed that we need all intellectual and research capacities to face the deadly strains of viruses that continue to threaten humanity.

The DG made the statement in his address during the annual celebration of the International Day of Women and Girls in Science, that the Royal Academy of Science International Trust (RASIT) held via videoconference, from the headquarters of the United Nations (UN) in New York. The Organizers held the event under the theme “Equality in science for the sake of society” and saw the participation of H.R.H. Princess Nesrine Al-Hashemi, Executive Director of the Academy, Mr. António Guterres, UN Secretary-General, in addition to several high-level international figures from different fields.

Dr. AlMalik stated that the COVID-19 pandemic caused a negative impact on female scientists, especially those in the early stages of their professional life. The impact, he reaffirmed, expanded the existing gap between men and women in the field of scientific research, warning against the re-adoption of practices from the past such as oppressing women and depriving them of their rights, as they are to cause a 50% loss in the working force and extinguished multiple opportunities to fight deadly viruses.

ICESCO DG stressed the need for the roles of female doctors and scientists in leading the fight against deadly diseases and guide societies towards stability thanks to their roles as mothers and wives.

The DG stated that history abounds with shining examples of women’s contribution to education and science, inviting all international organizations and bodies to take part in ICESCO’s activities and programs for the year 2021, which ICESCO proclaimed as the Year of Women under the theme “Women and the Future.”

At the close of his address, the DG announced that, as part of its activities to celebrate the Year of Women, the Organization will launch an award for “Outstanding Women and Girls in Science in Member States,” which will be given to the best researchers.