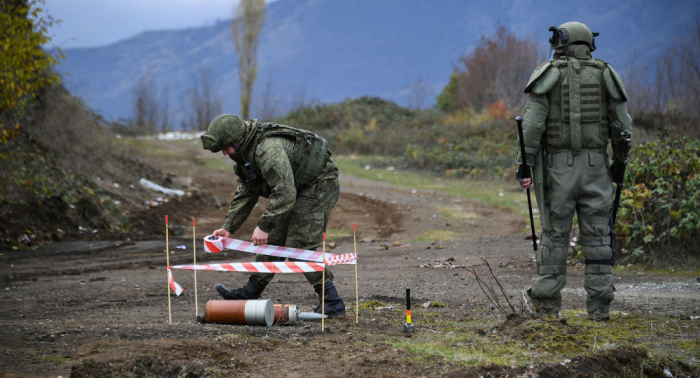 Specialists of the Russian contingent of the peacekeeping forces completed the work on demining the territory of Khojavend city in the Nagorno-Karabakh region, AzVision.az reports citing the Russian Defense Ministry.

In total, since 23 November, more than 1371, 3 hectares of territory, 429, 8 km of roads, 1308 housing buildings and 29 socially significant objects were cleared, 24,289 explosive objects were discovered and neutralized.

Detected explosive objects, abandoned or non-exploded ammunition are taken to a specially equipped landfill and destroyed. Ammunition that cannot be evacuated is destroyed on the spot with the necessary security measures in place.