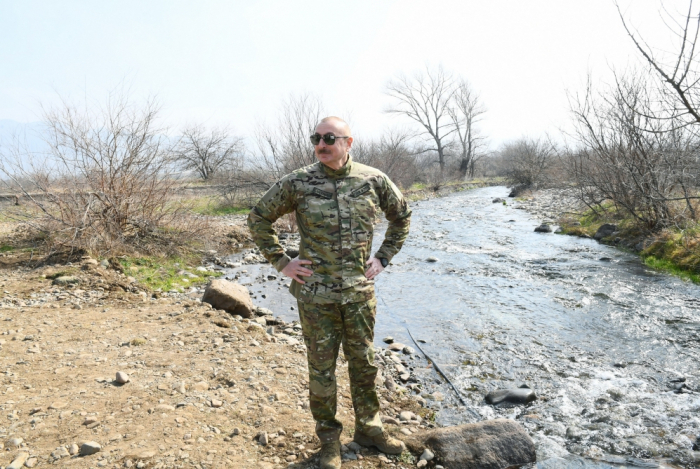 "Life has shown that we were able to achieve what we wanted with strong will and courage. They had no intention to return Lachin region. We came here, liberating all the districts, villages and towns along the way. We liberated the southern part of Lachin region and the village of Gulebird from the occupiers. The villages of Safiyan and Turks are located here, we also liberated them and created a military base to control the Lachin corridor," President and Commander-in-Chief of the Armed Forces Ilham Aliyev said after raising the Azerbaijani flag in Gulebird village of Lachin region on February 14, Azvision.az reported.

"Actually, moving in this direction we have conducted our strategic operations. At the same time, we were able to realize a successful operation from the Khojavend region to Shusha, through the mountains and ravines. This - southern part of Lachin region was liberated as a result of a military operation. We have defeated the enemy in the battle field and restored historical justice, "the President said.