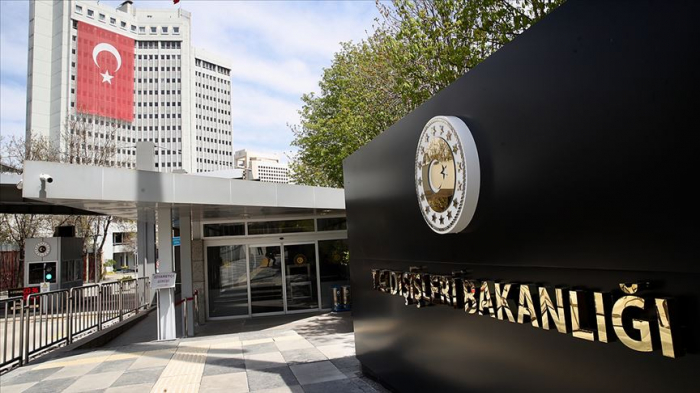 Turkey told Washington’s envoy it took the “strongest” exception to a US statement on the massacre of 13 Turkish civilians over the weekend, said the Turkish Foreign Ministry, AzVision.az reports citing Anadolu Agency.

“Today, US Ambassador David Satterfield was summoned to our ministry, and our reaction to the statement by the US was voiced in the strongest terms,” said a ministry statement on Monday.

On Sunday the US State Department issued a conditional condemnation over the execution of 13 Turkish citizens by the PKK terror group in northern Iraq.

"If reports of the death of Turkish civilians at the hands of the PKK, a designated terrorist organization, are confirmed, we condemn this action in the strongest possible terms," the department said.

“We stand with our NATO Ally Turkey and extend our condolences to the families of those lost in the recent fighting,” it added.

The massacre took place amid Turkey’s Operation Claw-Eagle 2, launched on Feb. 10 to prevent the PKK and other terror groups from re-establishing positions used to carry out cross-border terror attacks on Turkey.

Operations Claw-Tiger and Claw-Eagle began last June to ensure the safety of people and Turkey's borders.

In its more than 30-year terror campaign against Turkey, the PKK – listed as a terrorist organization by Turkey, the US, and EU – has been responsible for the deaths of 40,000 people, including women, children, and infants.


More about: Turkey   US