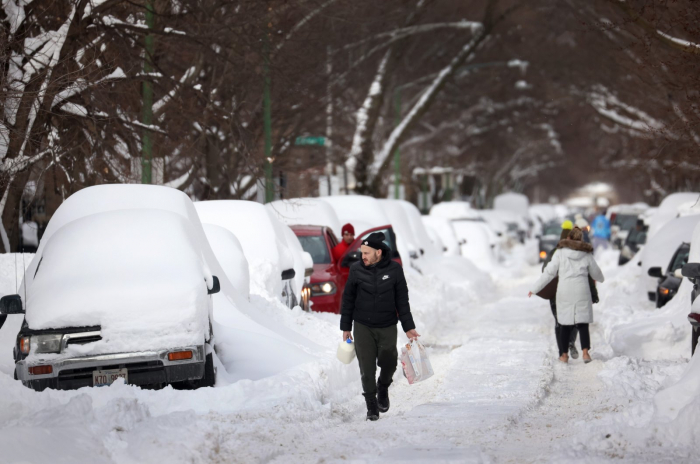 A winter storm that left millions without power in record-breaking cold weather claimed more lives, including three people found dead after a tornado hit a seaside town in North Carolina and four family members who perished in a Houston-area house fire while using a fireplace to stay warm, AzVision.az reports citing AP.

The storm that overwhelmed power grids and immobilized the Southern Plains on Tuesday carried heavy snow and freezing rain into New England and the Deep South and left behind painfully low temperatures. Wind-chill warnings extended from Canada into Mexico.

In all, at least 20 deaths were reported. Other causes included car crashes and carbon monoxide poisoning. One especially harsh accident happened in Texas, where 130 vehicles piled up. The weather also threatened to affect the nation's COVID-19 vaccination effort. President Joe Biden’s administration said delays in vaccine shipments and deliveries were likely.

North Carolina's Brunswick County had little notice of the dangerous weather, and a tornado warning was not issued until the storm was already on the ground.

The National Weather Service was "very surprised how rapidly this storm intensified ... and at the time of night when most people are at home and in bed, it creates a very dangerous situation,” Emergency Services Director Ed Conrow said.

The worst U.S. power outages were in Texas, affecting more than 2 million homes and businesses. More than 250,000 people also lost power across parts of Appalachia, and another 200,000 were without electricity following an ice storm in northwest Oregon, according to poweroutage.us, which tracks utility outage reports. Four million people lost power in Mexico.