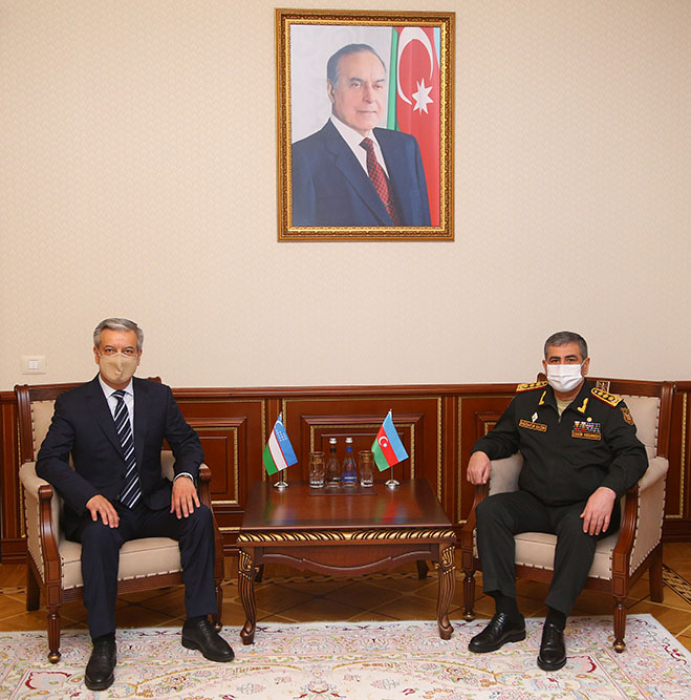 Greeting the Ambassador, the Minister of Defense noted that bilateral military cooperation between our countries is based on friendly and fraternal relations. The Minister stressed that our relations in the field of defense, as in all spheres, are successfully developing within the interests of our countries.

Colonel General Z. Hasanov also informed the Ambassador about reforms and achievements in the sphere of army development.

The diplomat, in turn, congratulated the Azerbaijani people on the victory in the Patriotic War, wished the mercy of Allah Almighty to the souls of Shehids, and healing to the wounded. The Ambassador noted that Uzbekistan recognizes the territorial integrity of Azerbaijan and has always supported our country in all issues.

Noting the interest of Uzbekistan in holding joint military exercises and training with Azerbaijan, Ambassador emphasized the importance of holding the exchange of experience in the military-educational institutions of Azerbaijan with the participation of the servicemen of the Armed Forces of Uzbekistan.

The meeting discussed a number of other issues related to the current state and prospects for the development of joint cooperation in the field of defense and military education.