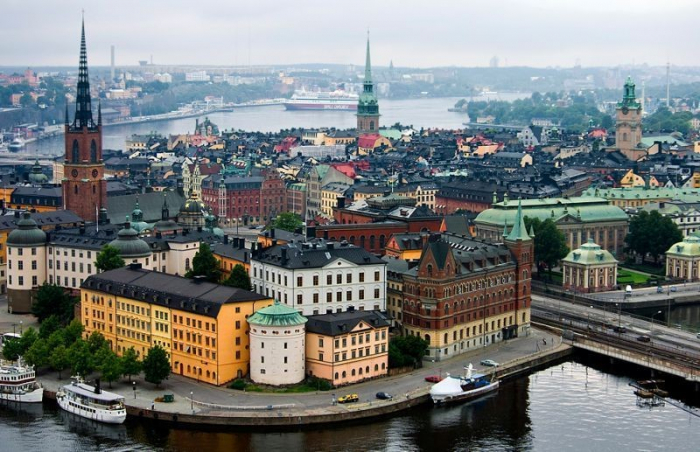 Swedish-Azerbaijani Association (SAF), acting in Sweden, has called on the country’s Parliament (Riksdag) to recognize the Khojaly genocide, committed by Armenians at the end of the previous century, the Azerbaijani State Committee for Work with Diaspora told AzVision.az.

According to the committee, the statement addressed to the Swedish Riksdag with a signature of SAF's Chairperson Sevda Dadashova said that on the night of February 25-26, 1992, Armenian armed units supported with the former Soviet 366th motorized infantry regiment, stationed in Khankendi city, committed an act of genocide against residents of Azerbaijani Khojaly town.

“As a result of the massacre against the residents, 613 civilians were killed, 487, including 76 children, were injured, 1,275 people were taken hostages, and the fate of 150, including 68 women and 26 children, still remains unknown,” noted the statement. “Several countries, including 22 US states, have recognized the Khojaly genocide.”

The document also stressed that the main purpose of the appeal to the Swedish Parliament members is to inform the local community about the Khojaly genocide committed by the Armenians in the Nagorno-Karabakh region of Azerbaijan and to get a legal and political assessment of this bloody crime. The statement was also sent to the country's political parties.

On Feb. 25-26, 1992, the Armenian Armed Forces, supported by the Khankendi-based 366th infantry regiment of Soviet troops, committed an act of genocide against the population of the Azerbaijani town of Khojaly. 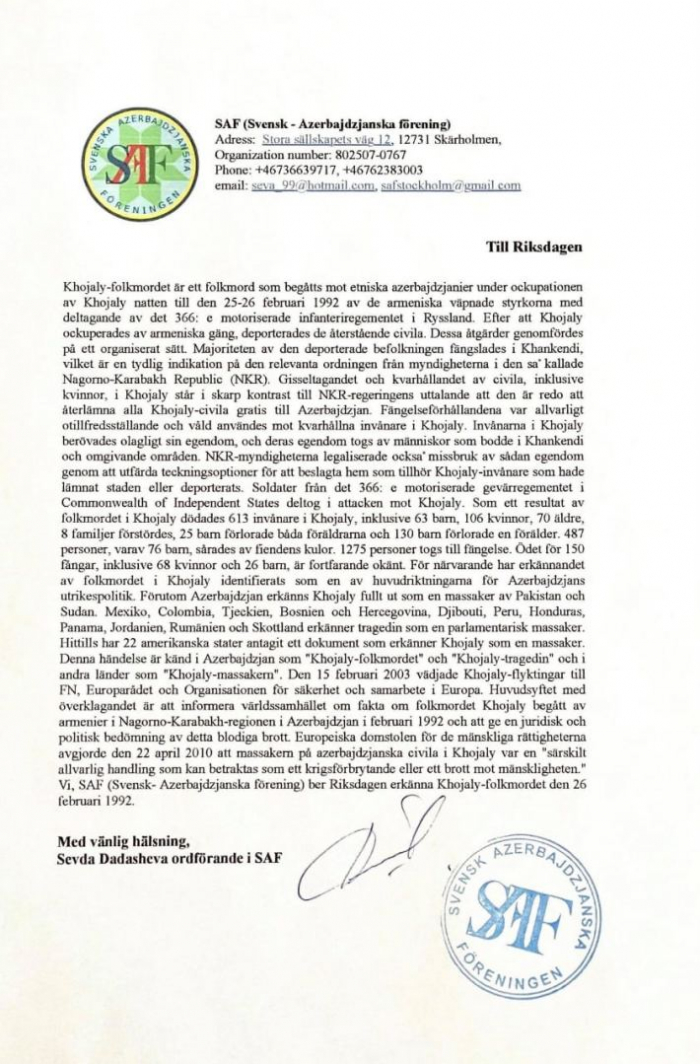