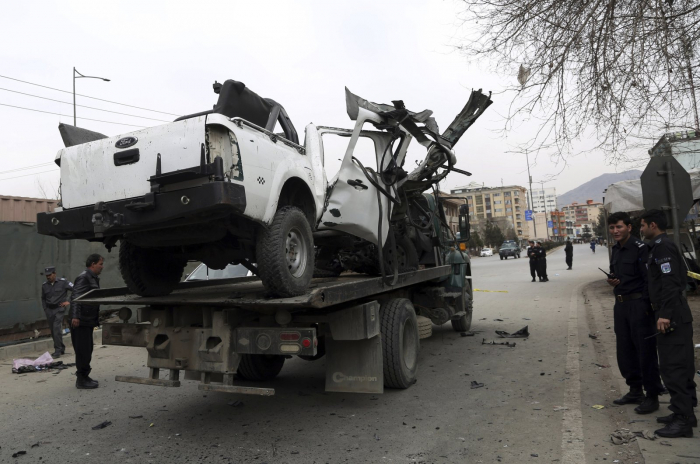 Three sticky bomb attacks in the Afghan capital Kabul on Saturday killed at least five people and wounded two others, a police official said, amid a surge in violence in the war-torn country.

The majority of bomb attacks in the capital Kabul in recent months have been sticky bombs — explosive devices with magnets that are attached to vehicles and detonated by remote control or timer.

The second explosion targeted a car in a northwestern Kabul neighborhood in which national army soldiers were traveling, killing two soldiers. A civilian passerby was also killed.

Afghanistan has seen a nationwide spike in bombings, targeted killings and violence on the battlefield as peace negotiations in Qatar between the Taliban and the Afghan government have stalled. It's been over a month since the sides last met to discuss how to proceed.

Meanwhile, the new U.S. administration is reviewing the U.S.-Taliban peace deal signed on Feb. 29 last year. A major part of the agreement was Washington's commitment to a May 1 withdrawal of all foreign troops from Afghanistan.

Russia has stepped up efforts to try and find a way forward, visiting with regional players and officials and senior Taliban figures.