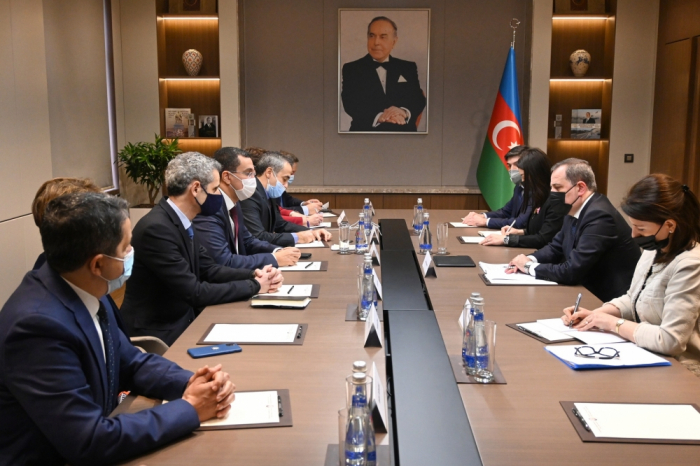 During the meeting, Minister Bayramov greeted the members of the National Assembly and spoke about the development of bilateral cooperation.

He noted that Azerbaijan has always attached great importance to the development of relations with France. It was noted that France has always been active in the region and relations are developing in all directions through mutual understanding and dialogue.

Minister Bayramov briefed the other side on the latest developments in the region, including the situation after the 44-day Patriotic War, the elimination of the occupation factor as a basis for normalization of relations between the two countries, the implementation of trilateral statements and other relevant issues. It was noted that the normalization of relations is possible on the basis of the principles of international law, in particular, respect for the inviolability of borders and territorial integrity within international borders.

Members of the French National Assembly thanked for the warm welcome, as well as for the information provided. They noted that the relations between the parliaments of the two countries are based on the principles of friendship. They assessed their current visit as useful in terms of getting acquainted with the current situation in the region and gaining information about the position of Azerbaijan.

At the end of the meeting, the minister answered numerous questions from members of the French National Assembly.