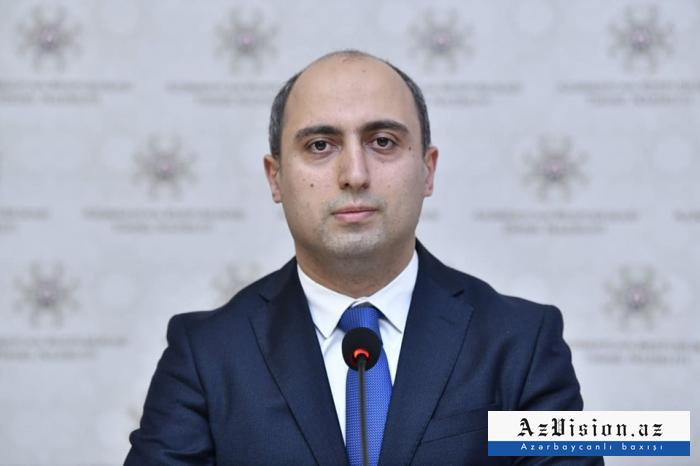 Speaking at a program organized by Turkey's Ankara University ahead of the 29th anniversary of the Khojaly Massacre by Armenian forces against Azerbaijanis, Emin Amrullayev said the 44-day Karabakh war that began on Sept. 27 underlined the importance of Turkish weaponry.

"The war of the 21st century is a technology war. Turkey's Bayraktar UAVs played a great role in our victory," he said, referring to the liberation of Nagorno-Karabakh and other settlements from an Armenian occupation that lasted for nearly three decades.

Amrullayev said the liberation of territories changed perspectives on everything, including the Khojaly tragedy.

On Feb. 26, 1992, Armenian forces committed a massacre of ethnic Azerbaijanis from the town of Khojaly. During the two-hour offensive, 613 Azerbaijanis, including 106 women, 63 children, and 70 elderly people, were killed and 487 others critically injured.

Saying that Turkey has always supported Azerbaijan in its conflict with Armenia, Amrullayev said the role of the Caucasian Islamic Army in liberating the capital Baku from occupation in 1918 was great, and the Azerbaijani people will never forget it.