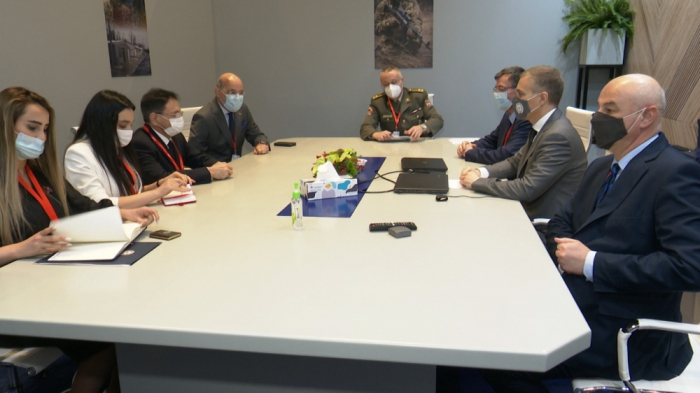 Azerbaijan and Serbia have discussed the current state of and prospects for the bilateral cooperation in the military-technical area as Azerbaijani Minister of Defense Industry Madat Guliyev met with a delegation led by Serbian Minister of Defence Nebojsa Stefanovic.

They met as part of IDEX-21 defense exhibition in Abu Dhabi.

Guliyev highlighted the ministry’s activity, saying that the ministry was established on the initiative of Azerbaijani President Ilham Aliyev in 2005.

Nebojsa Stefanovic expressed confidence that cooperation between Azerbaijan and Serbia in the military-technical area would continue to develop.