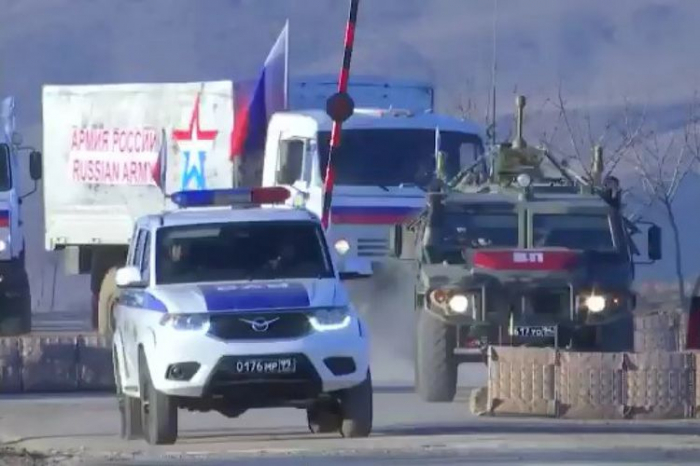 The Russian peacekeeping contingent accompanied the next convoy of humanitarian cargo from the territories of the Nagorno-Karabakh, AzVision.az reports citing the Russian Defense Ministry.

"The Russian peacekeeping contingent continues to ensure the transit of goods between the territories which came under the control of Azerbaijan in November 2020", the Ministry stated.

A convoy of 25 KamAZ military trucks and accompanying vehicles delivered more than 180 tons of cargo to the Kalbajar district to restore the energy and water supply systems of social facilities and residential buildings. The cargo consisted of electrical equipment, concrete structures and construction materials, "the ministry added.

Note that, the assistance was provided to Azerbaijan on the terms of the trilateral statement signed by the leaders of Russia, Azerbaijan and Armenia on November 10 in 2020.