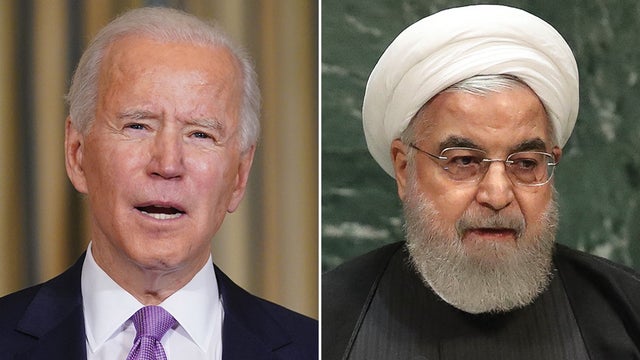 House Republicans are warning President Biden against lifting any sanctions against Iran as the administration reengages in negotiations with the country over its nuclear program.

The Biden administration said last week that it would accept an invitation from the European Union to talk with Iran and the five other signatories of the 2015 nuclear deal that former President Trump withdrew from in 2018.

But the news from the administration has triggered alarm with Republicans on the House Homeland Security committee who worry easing sanctions will hurt U.S. leverage.

“Regime demands for sanctions relief as a prerequisite for the Administration’s proposed bilateral negotiations are not made in good faith,” lawmakers wrote in a letter spearheaded by Chairman John Katko (R-N.Y.).

“The United States must apply immense pressure to the Iranian regime and cannot afford to be perceived as weak or wavering on these important national security threats. Appeasement will not effectuate change.”

The letter comes as the Biden administration also last week contacted the United Nations to rescind a September effort from former President Donald Trump to reimpose sanctions on Iran.

“Lifting sanctions will only serve to back the United States into an inescapable corner and removes any power we hold in our attempts to normalize Iranian and United States relations,” the lawmakers wrote.

The members of the committee were not the only ones to warn Biden on Tuesday.

Speaking during a virtual event with the Reagan Institute, Rep. Liz Cheney (R-Wyo.) also rejected moves by the Biden administration to engage with Iran in an effort to rejoin the Obama-era nuclear deal.

Cheney called for maintaining the “maximum pressure” campaign of sanctions instituted during the Trump administration.

“The Iranian nuclear deal remains the single worst agreement the United States has ever entered into,” she said in her opening remarks. “We were right to withdraw and turn to a policy of maximum pressure with sanctions against the regime. Any effort by the Biden administration to return to the deal would be a mistake, and would signal to Iran that nuclear blackmail is effective.”