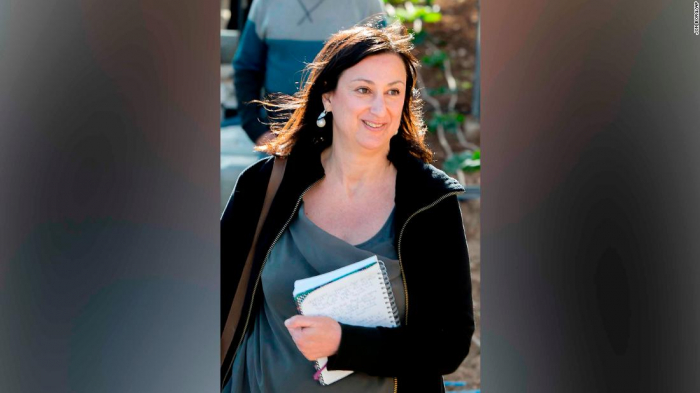 Caruana Galizia was a leading Maltese anti-corruption journalist who was killed in a car bombing, CNN reported.

Vincent Muscat, one of the three suspects accused of the murder of Maltese journalist Daphne Caruana Galizia, has pleaded guilty to murder, according to his lawyer.

Attorney Marc Sant stated, "There was a plea bargain ... the agreement is 15 years imprisonment." Muscat will also face financial penalties, he said.

Sant noted that he does not represent the two other suspects charged with murder, brothers Alfred and George Degiorgio, but he told CNN they continue to plead not guilty.

CNN reached out to the Malta Court of Criminal Appeal for comment but did not immediately receive a response.

Caruana Galizia, 53, was a leading anti-corruption journalist from Malta who was killed in a car bombing near her home in 2017. Her family say she was "assassinated" because of her work uncovering alleged corruption in the Maltese government.

her right to life and has denied her her right to enjoy her family, including her grandchildren who were born after she was killed," said the lawyer representing Caruana Galizia's family in court, according to a statement released by the Daphne Caruana Galizia Foundation.

"The family expresses the hope that this step will begin to lead to full justice for Daphne Caruana Galizia."

In 2016, Caruana Galizia broke a story about a string of secret Panama-based companies tied to Maltese politicians on her blog, including allegations of corruption against the wife of Maltese Prime Minister Joseph Muscat (no relation to Vincent Muscat). The couple have denied the allegations.