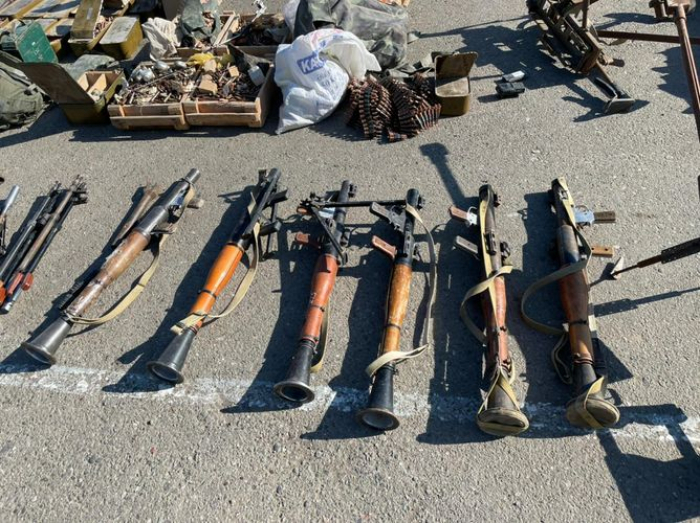 Azerbaijani police continue to take measures to find weapons and ammunition left by the Armenian army in the Azerbaijani lands liberated during the war, the Barda regional group of the Interior Ministry’s press service told AzVision.az.

Officers of the Jabrayil District Police Department found and seized a large number of weapons and ammunition from the excavations previously used by the enemy as a trench and storage area in the liberated administrative territory of the district.