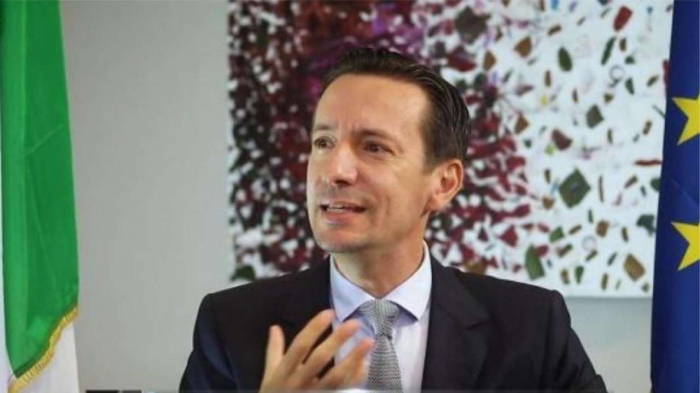 Italy said Wednesday it has asked the United Nations to launch an investigation into the killing of its ambassador to the Democratic Republic of Congo, AzVision.az reports citing AFP.

The envoy, Luca Attanasio, 43, died on Monday after a World Food Programme (WFP) convoy was ambushed in a dangerous part of the eastern DRC near the border with Rwanda.

Attanasio's Italian bodyguard and a Congolese driver were also killed.

"We have formally asked WFP (World Food Programme) and the UN to open an investigation to clarify what happened, the reasons behind the security arrangements used and who was responsible for these decisions," Italian Foreign Minister Luigi Di Maio told parliament.

Di Maio's comments came the morning after the bodies of the two Italians were returned by military plane to Rome.

On Monday, the DRC's interior ministry blamed the killings on the Democratic Forces for the Liberation of Rwanda (FDLR), a Rwandan Hutu rebel group.

But the FDLR rejected the allegation and instead blamed the Rwandan and DRC militaries.