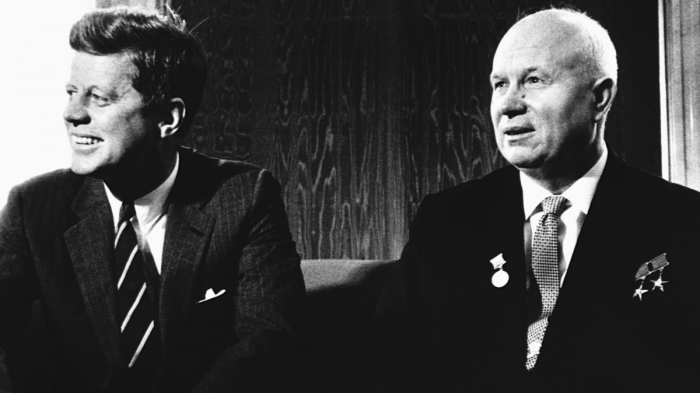 A new book from a former CIA chief and another high-ranking intelligence official from communist Romania has presented a new theory of the assassination of former president John F Kennedy, the Independent reported.

According to the newspaper, the book says the Soviets later changed their minds about the assassination but that Oswald refused to stand down and went through with the plan as initially instructed.

The new book by R James Woolsey and Lt Gen Ion Mihai Pacepa is titled Operation Dragon: Inside The Kremlin’s Secret War on America and is set to be released in March.

Mr Woolsey, a former director of central intelligence, ran the CIA from 1993 to 1995 while Mr Pacepa, a former Romanian acting spy chief, was granted political asylum in the US in 1978 and died earlier this month.

According to the authors, the Soviets recruited Oswald in 1957, when he was a US Marine serving in Japan, and they claim that in 1962 he was assigned, possibly by Mr Khrushchev himself, to begin preparations to assassinate President Kennedy.

However, the book says that between June 1962 and April 1963, the Soviets changed their minds and cancelled the mission after they “realised that Khrushchev’s crazy ideas were giving their country a terrible reputation”.

The new book says that “even after the KGB ordered Oswald to stand down, Oswald stubbornly went ahead with what he considered his personal mission as bestowed upon him by his hero, Khrushchev”.

“Oswald knew that Nikita Khrushchev, the leader of Oswald’s paradise and new home, the Soviet Union, had entrusted him with that task, and he was confident he could pull it off,” the authors write.

The two men are said to offer no evidence of an assassination order, or of any order to reverse course. They say all the evidence needed to make their case is contained in the 26-volume Warren Commission Report but that much of it was “codified”.

“Decoded, these pieces of evidence prove that John F Kennedy’s assassin, Lee Harvey Oswald, had a clandestine meeting in Mexico City with his Soviet case officer, ‘comrade Kostin,’ the authors write, “who … belongs to the KGB’s Thirteenth Department for assassinations abroad”.

They also reportedly offer evidence of Oswald meeting with KGB agents, and other preparations for him and his family to return to the Soviet Union after a mission, often in the form of letters.

The Warren Commission report into the case of Kennedy’s assassination ruled that there was "no evidence that either Lee Harvey Oswald or Jack Ruby was part of any conspiracy, domestic or foreign”.

Conspiracy theories surrounding the assassination of President Kennedy have remained prevalent since his death in 1963, with many refusing to believe the official narrative that Oswald acted alone.