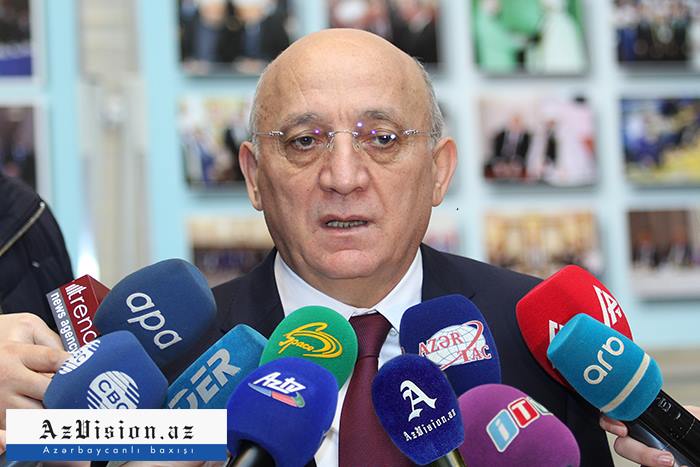 Armenia destroyed all religious and historical monuments in Azerbaijan's territories which were under occupation, said Chairman of State Committee for Work with Religious Organizations Mubariz Gurbanli, AzVision.az reports

"Almost all of the 67 mosques in the Nagorno-Karabakh region were destroyed. Armenians committed barbaric acts against religious monuments", Mubariz Gurbanli highlighted.

"Armenia has taken various steps to falsify their barbaric acts. The Ministry of Culture, including other agencies, collected all the data about the destroyed historical and cultural monuments and prepared a relevant document", Gurbanli stated.

"President Ilham Aliyev stated in his visits to the liberated territories of Azerbaijan that all historical and religious monuments belonging to Christianity, Caucasian Albania, as well as Islam will be restored. The Heydar Aliyev Foundation is implementing an extensive program in this regard. All religious and historical monuments will find their place in the Nagorno-Karabakh region", he added.