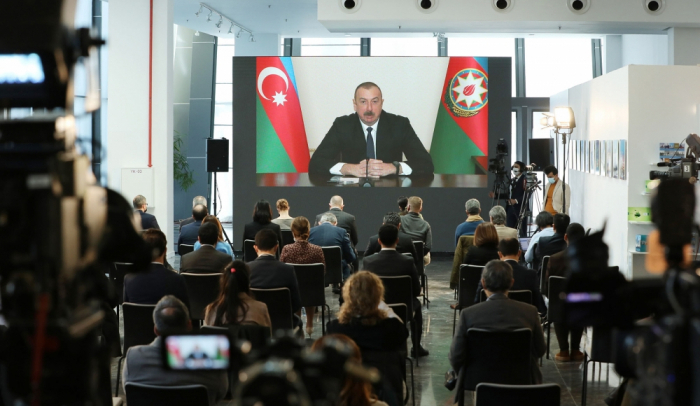 During the press conference, the head of the state answered about 50 questions of 35 media outlets, Azvision.az reports.

British journalist Aynur Tattersal  told that she had been a journalist for 25 years, but had never seen a president holding such a press conference in four languages.