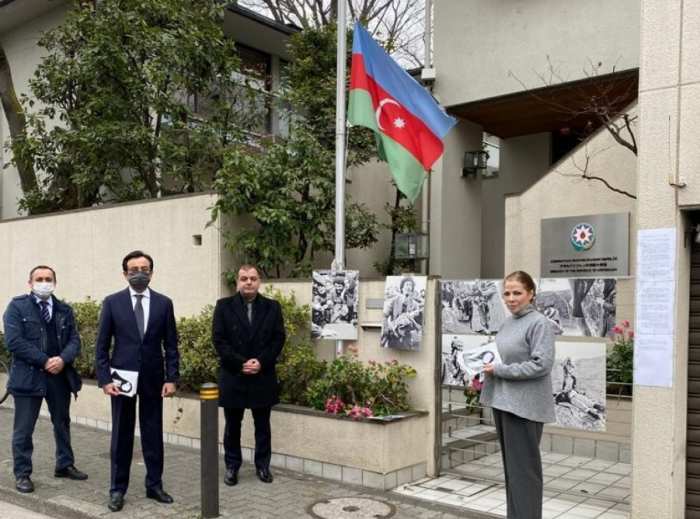 An awareness-raising campaign dedicated to the 29th anniversary of the Khojaly Massacre has been launched in Tokyo with the support of Azerbaijan’s State Committee on Work with Diaspora, as well as Azerbaijan-Japan Friendship Center, Azerbaijani Embassy in Japan and Tokyo-based Azerbaijanis.

During the campaign, on the initiative of Tokyo-based Aysu Yusifzadeh, specially designed medical masks and informative brochures, reflecting the slogan “Justice for Khojaly!” in English and Japanese, as well as the QR-code providing an insight into the Khojaly Massacre were distributed among the local population.