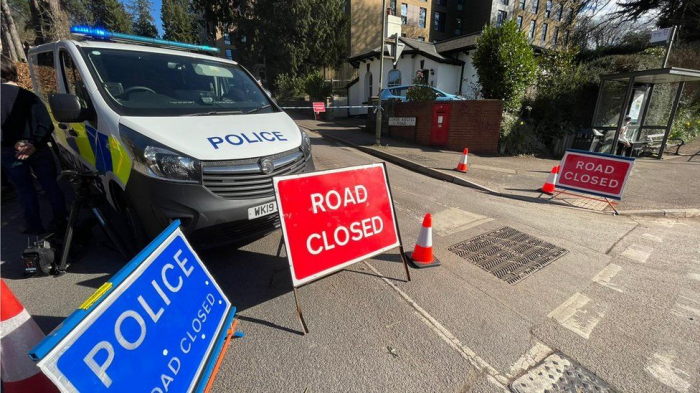 Hundreds of university students have been evacuated from 12 halls of residence after an unexploded World War Two bomb was found, BBC reported.

Police were called to University of Exeter halls on Glenthorne Road in the city at about 09:20 GMT and have declared a major incident.

A 100m (328ft) cordon is currently in place and a further 100 nearby properties have also been evacuated.

Bomb disposal specialists are expected to remain on-site until Saturday.

Devon and Cornwall Police said the cordon size would extend to 400m from 08:00 on Saturday at the request of Royal Navy bomb specialists.

People are being advised to avoid the area and residents within the cordon will be asked to leave their homes by 09:00 and stay away until work is completed.

Insp Sean Roper, who could not confirmed exactly how many people had been affected, said resolving the situation would "take some time" because of the "considerable size" of the device.

"That will take us until tomorrow, without a doubt," he added.

On Twitter, the university said the explosive device had been discovered by "builders on private land" next to the Streatham campus.

The campus evacuation was initially restricted to about 200 students from one hall of residence, but this was later expanded to 12 residences and other campus buildings on Friday evening as a "precaution", it said.

It added all affected students were being relocated to alternative accommodation in hotels and provided with "personal care items and details of food allowances".

The university urged students who were not attending a timetabled teaching session, a scheduled welfare appointment or who lived there, to avoid going in until the incident was resolved to "keep campus as quiet as possible".

Exeter City Council said no evacuation centres had been set up and other people affected have been encouraged to stay with relatives.