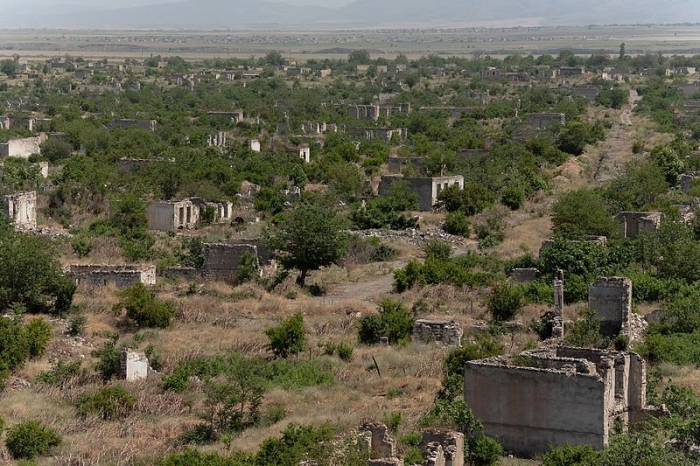 The Khojaly genocide is a 20th century tragedy that is now being denied by California legislators who appear to be using lies to raise money.

What is more a powerful evidence than on the ground, first-hand observation? I have visited Azerbaijan on several occasions. In addition to my meeting with Khojaly Massacre survivors and with internally displaced refugees, from the Armenian occupied territory of Azerbaijan, in their communities across Azerbaijan, I have been to the line of contact with Armenia, a nation that occupied Azerbaijan’s Karabakh region for nearly 30 years. That occupation ended in November 2020, when Armenian troops finally withdrew from Azerbaijan after suffering a devastating defeat in a 44-day war.

The war ended fair and square resulting in nearly 1 million internally displaced Azerbaijanis being able to finally return to the lands they were so tragically expelled from in the early 1990s.

I call it a profound redemption for the forcibly displaced Azerbaijanis and a tribute to justice for the thousands of victims who never made it out alive of the Armenian line of fire.

Among the many towns and villages in the Karabakh region that were plundered and destroyed, the story of Khojaly stands out the most; it demonstrated the extent of brutality the Armenian troops were capable of unleashing. In the past, I have written extensively on Khojaly. 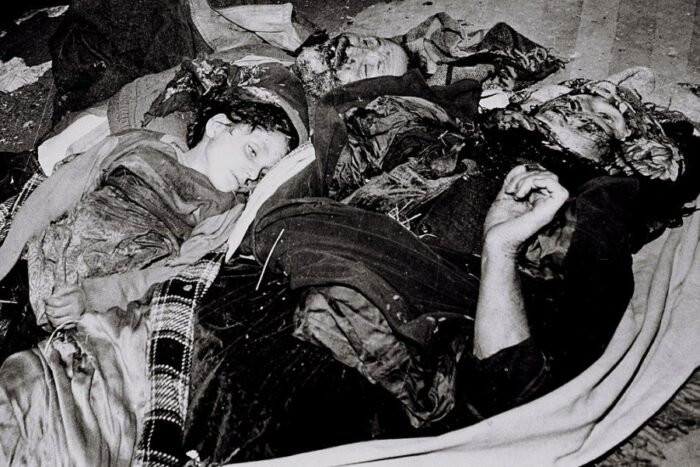 The Khojaly Massacre
On February 26, 1992, at the height of the Armenian invasion and the beginning of the Nagorno-Karabakh war, the town of Khojaly was attacked by Armenian forces, backed by Russian soldiers. As they tried to escape Khojaly, 613 Azerbaijani city resident-civilians were brutally massacred. The Human Rights Watch called it the “largest massacre in the conflict” between Armenia and Azerbaijan.

According to the Memorial Human Rights Center and Human Rights Watch, as well as other international observers, the massacre was committed by Armenian forces, assisted by some Russian-led 366th CIS (Commonwealth of Independent States) regiment military personnel.

The 613 murdered Azerbaijani civilians included 106 women, 63 children and 70 elderly. Some 487 people, among them 76 children, were critically injured, while 150 of 1,275 Azerbaijanis who were captured by the Armenians during the onslaught are still missing. Furthermore, in this horrific massacre, eight complete families perished from this world and 130 children became orphans losing one or both parents.

Just as the Holocaust is a tarred spot on the history of mankind, the Khojaly Massacre is a very painful point in Azerbaijanis’ collective memory and a disgraceful mark on the nature and reputation of Armenia.

Denying the Holocaust Is a Crime
At least six million European Jews, among all together, approximately 11 million, were systematically murdered by the Nazis in the vilest, unfathomable and horrific mass murder act.

In addition to those nations that have criminalized such acts, laws against Holocaust denial have been proposed in many other countries.

Along with genocide denial ban, in several countries attempts to justify genocide are punishable.

The Armenian Hand in U.S. Politics
Shockingly, members of the California Armenian Legislative Caucus – a group established under the directive of the most radical and anti-Semitic Armenian Dashnak lobby group , named ANCA (Armenian National Committee of America) are currently running a massacre denial campaign, urging their legislative colleagues to deny that the Khojaly Massacre ever happened.

As the anniversary of the tragic events in Khojaly is nearing, the Armenian Caucus members have circulated a “Dear colleague” letter asking others to join them in denial of one of the worst massacres in recent times. Could it be that this simply implicates Armenia in war crimes, which has been thoroughly investigated and established by the United Nations and the European Court of Human Rights?

It is important to recognize the preposterousness of this letter. It opens by referring to the Khojaly Massacre as “fabricated.” Then it dives into Armenian geopolitical revisionism. The rest of the letter reframes a war that took place solely on Azerbaijan’s land that the entire international community blames solely on Armenia, not the other way around. This disgraceful letter suggests the exact opposite of what is true and took place and has been thoroughly documented by international observers, courts and many democratic nations.

Is this letter another action by elected lawmakers who are totally disconnected from the truth, in order to gain votes and obtain contributions?

The signatures to the circulating massacre denial letter , on behalf of the California Armenian Legislative Caucus, are Assemblymembers Laura Friedman [D], Adrin Nazarian [D]; Senators Anthony Portantino [D] and Scott Wilk [R]. Their slanted claim is that the 1992 Khojaly Massacre is a “falsification of history and truth.”

The Armenian Caucus are dishonest, using fabricated terminology and making falsified claims, while urging fellow lawmakers to join them “to stand with the California Armenian Americans … and not spread misinformation.”

Remarks to Quotes Excerpted From the Letter

Quote: “In 1992, the Azeri’s shelled Armenian civilian targets using rockets in the Republic of Artsakh (also known as Nagorno-Karabakh).”

Remark: In 1992, Azerbaijan, then a year old fledgling republic, after emerging from 70 years under the Soviets’ yoke, did not have much of an army and the “Republic of Artsakh” never existed nor was it ever recognized by any country.

Quote: “Soon after the attack, Azeri authorities claimed that Armenians had committed genocide. There is no evidence for their allegation.”

Remark: To the contrary, there is ample evidence that this genocide occurred. Even Wikipedia, known all too often be inaccurate, providing slanted information states: “The Khojaly massacre, also known as the Khojaly tragedy, was the mass murder of at least 200 and possibly as high as 613 ethnic Azerbaijani civilians by Armenian armed forces and 366th CIS regiment in the town of Khojaly on 26 February 1992.”

Quote: “On September 27, 2020, Azerbaijan launched an unprovoked attack against the peaceful Republic of Artsakh by shelling military positions and innocent civilian populations indiscriminately.”

Remark: Each side points at the other side to be the initiator of this war. However, according to the United Nations Security Council (UNSC) Armenia was illegally occupying land to which Azerbaijan has territorial integrity. While, for 27 years, Armenia totally ignored the UNSC 4 resolutions demanding it withdraws from the territory it was illegally occupying, Armenia kept on pushing its claim to the non-existing, unrecognized ‘Republic of Artsakh‘.

Quote: “Furthermore, for more than a century, Turkey and Azerbaijan have maintained a violent history toward the Armenian people.”

Remark: That is blatant falsehood. Although over a century ago Turkey wrongfully treated the Armenian population in its midst, Azerbaijan never had any malice toward Armenians. In fact, for the past 27 years of Armenia’s illegal occupation of approximately 20% of Azerbaijan’s land Azerbaijan tried to reach a peaceful solution with Armenia all was tossed off and disrespectfully ignored.

Remark: That is the usual political slant. The California Armenian Legislative Caucus is a bi-partisan political Caucus. It is supported by the Armenian lobby and has to appease its donors. Telling the public otherwise is just one other attempt to dupe them.

Quote: “Armenian-Americans have been crucial to the contributions in the history of the United States and California since the major wave of Armenian settlers came here in the late 1890s.”

Remark: That is the only truth carrying sentence in this letter. The Armenian lobby money-power is producing utter dishonesty but speaks well in politics. All else is menial.

From TheNews: "The genocide perpetrated by Armenian aggressors in the late 20th, as a result of the atrocities committed by the criminal Armenian troops… when Armenian commander Serzh Sargsyan, the current president openly admitted the role of the Armenian forces in the crime.”

On February 21, 2021 Mr. Nasimi Aghayev, Consul General of Azerbaijan in Los Angeles, responded to the deceptive letter quoted above. Here are some excerpts from his response:

“California legislators Assemblymember Laura Friedman, Anthony Portantino, Assemblymember Adrin Nazarian and Senator Scott Wilk have recently sent an immoral letter to their colleagues denying the Khojaly Genocide, which was committed by Armenian troops on Feb. 26, 1992 resulting in the mass murder of 613 Azerbaijani civilians, including 63 children, 106 women and 70 elderly. Human Rights Watch documented this horrific crime against humanity and blamed Armenian forces for it.

If these legislators do not believe Human Rights Watch, then they should perhaps trust Serzh Sargsyan, ex-President of their beloved Armenia, who admitted that the Khojaly Genocide was committed by Armenian troops to teach Azerbaijanis a lesson.

Or maybe they should listen to what the brother of CA-born Armenian terrorist Monte Melkonian had to say in his book “My Brother’s Road,” describing the cruelty of Armenian troops at Khojaly: .” ..The Arabo fighters had then unsheathed the knives they had carried on their hips for so long, and began stabbing. Now, the only sound was the wind whistling through dry grass, a wind that was too early yet to blow away the stench of corpses. Monte crunched over the grass where women and girls lay scattered like broken dolls.”

I am attaching the photos of some of the 63 children murdered by Armenian troops at Khojaly. The legislators, who deny Khojaly, should look at these photos carefully. No matter how generously ANCA Western Region rewards them, they should not help the murderers cover up the slaughter of these children and all the other victims of Khojaly,” concluded Consul General Aghayev.

Covering for a crime holds hidden motivations. Is that what we can read in between the lines of the letter by Assembly Members Laura Friedman and Adrin Nazarian and Senators Anthony Portantino and Scott Wilk?

It is imperative that the entire California legislative body knows how disgusting is the attempt to sully Azerbaijan, a trusted beacon of democracy, with this shameful denial and revisionism sham letter. According to laws on the books all over the world, genocide denial is punishable. Yet, here in California, some legislators have the audacious gumption to put down, on paper, signed by them, their genocide denial and also try to convince other legislators to join them in their reprehensible agenda.

The signatories to this disgraceful letter must be called out.

It must be done for the sake of truth, justice, and for the victims of the Khojaly Massacre.

Image of the California Legislators’ letter: 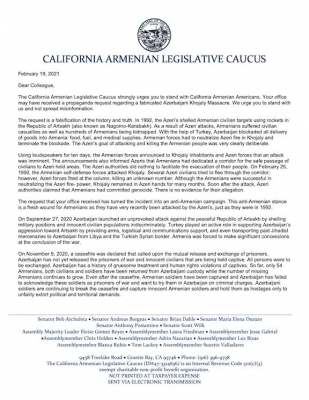