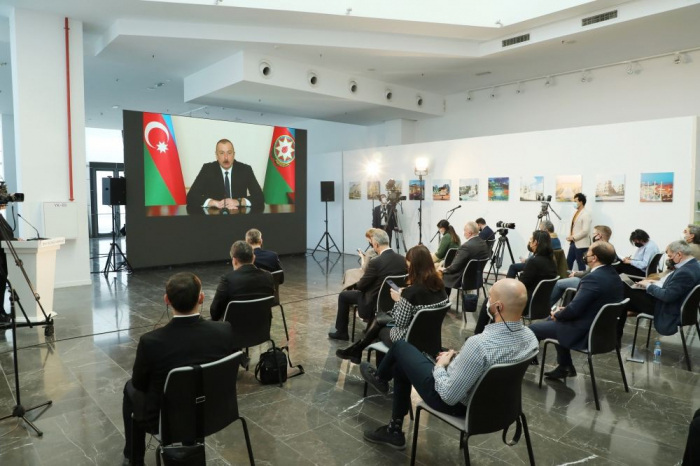 During the press conference for local and foreign media representatives held on Feb. 26, 2021 President of the Republic of Azerbaijan Ilham Aliyev criticized an Iranian journalist, who asked the question about the presence of terrorists in Karabakh during the war, AzVision.az reports.

The journalist mentioned the participation of terrorists in the war, claiming the reports came from some regional countries, without naming them.

President Ilham Aliyev said the question sounded like an accusation, since no credible source was provided to back up the claim about terrorists in Karabakh.

"This is a deliberately invented story. I regret that a representative from a friendly country is raising this issue. When it is done by the Armenian side it is more or less understandable because for them it gives the opportunity to find an excuse," said the president.

"It is probably very psychologically painful for them to admit that Azerbaijan defeated them, Azerbaijani soldiers defeated them, for them of course it is more convenient to say that some terrorists did it, but where are these terrorists? Therefore, I would ask you not to speculate on these issues,” the head of state said.