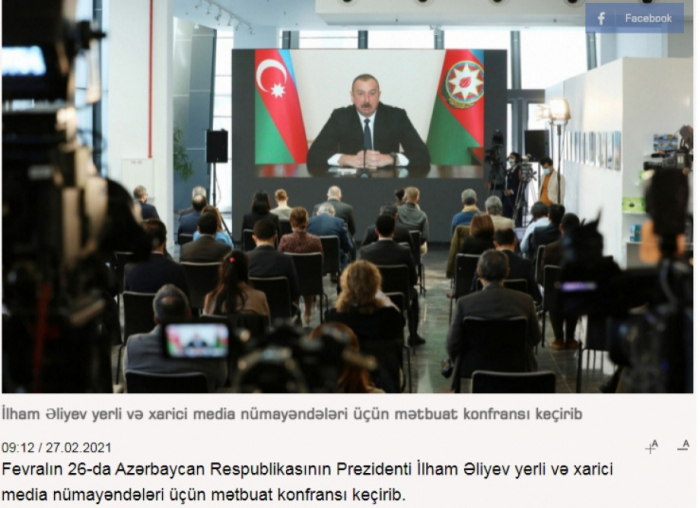 The press conference held by Azerbaijani President Ilham Aliyev for local and foreign journalists on February 26 was also in the spotlight of the Georgian media.

The Georgian information portal marneulifm.ge brought the press conference to the readers' attention.