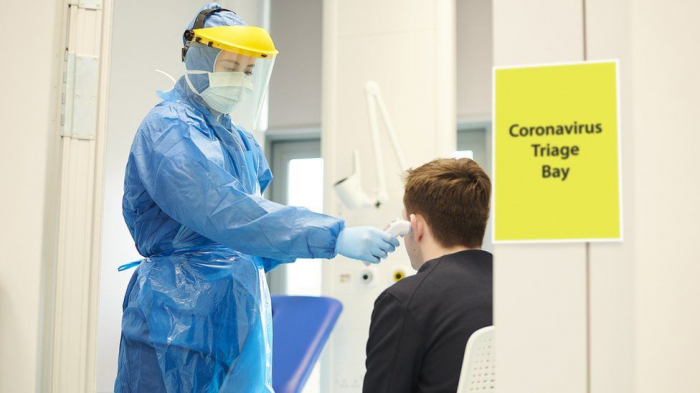 Health officials are trying to trace one person in England who has been infected with a concerning variant of coronavirus first found in Brazil.

They are one of six cases of the P1 variant found in the UK in February.

The person did not complete a test registration form so remains unidentified - prompting an appeal for anyone without a result from a test on 12 or 13 February to come forward.

Labour said there had been a lack of a "comprehensive" border system.

The P1 variant was first detected in travellers to Japan from Manaus in northern Brazil in January.

Health Secretary Matt Hancock will hold a meeting later to update MPs from all parties about the variant.

There have been concerns vaccines may not be as effective against the variant, but NHS England's Prof Stephen Powis said vaccines could be "rapidly adapted".

Dr Susan Hopkins, from Public Health England (PHE), said the UK was more advanced than many other countries at identifying the variants and mutations, and therefore was able to act quickly.

Three of the six identified UK cases of the Brazil variant are Scottish residents who flew to Aberdeen from Brazil via Paris and London, the Scottish government said.

Holyrood said the three people tested positive while self-isolating. Other passengers who were on the same flight to Aberdeen are now being contacted.

The first two of three cases in England are from the same household in South Gloucestershire after someone returned from Brazil on 10 February - five days before the government's hotel quarantine rule came into force.

Two other people in the same household have also since tested positive for Covid - but tests are still ongoing to check if it is the same variant, so they are not included in the overall UK total of six.