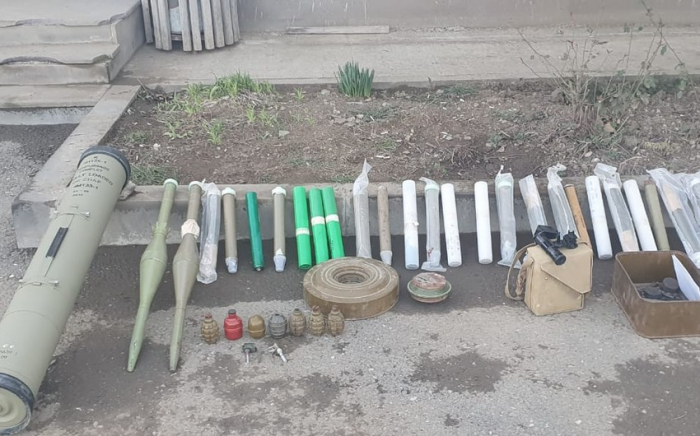 Employees of the Khojavend District Police Department found weapons and ammunition in the territory of Khojavand district liberated from the Armenian occupation, the Barda regional group of the Azerbaijani Interior Ministry’s press service told AzVision.az.

The weapons and ammo were left by Armenian troops while fleeing battlefield during the Second Karabakh War.

Thus, an anti-tank missile, six grenades, two grenade shells, an anti-tank training mine and other ammunition abandoned by the Armenian military were found in Khojavend.