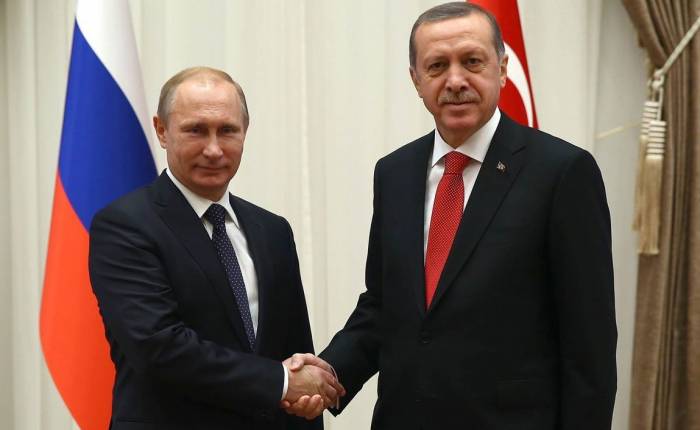 A teleconference between Russian President Vladimir Putin and Turkish President Recep Tayyip Erdogan is being prepared to mark the start of construction of the third unit of the Akkuyu nuclear power plant, said Russian President's Spokesman Dmitry Peskov, AzVision.az reports.

"Indeed, a ceremony is being prepared for the beginning of the main construction phase of the third unit of the Akkuyu NPP. It is also planned to establish a teleconference between Presidents Putin and Erdogan, "Peskov added.

He noted that the heads of state recently discussed a video conference.