Zatulin: Armenia is being dragged into a civil war 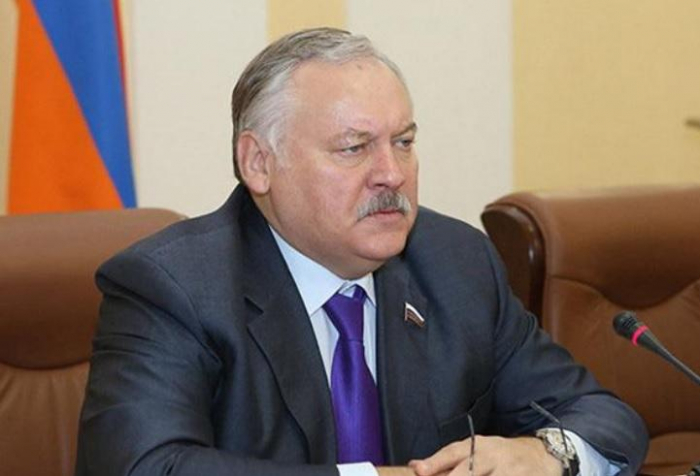 Armenia is facing a very serious risk once again and is being dragged into a civil war, First Deputy Chairman of the Committee of the Russian State Duma for the CIS Konstantin Zatulin said on TV show “Evening with Vladimir Solovyev”, AzVision.az reports.

Zatulin called on Pashinyan to resign.

He recalled that the Lazarev Club has made a relevant statement. “By addressing Nikol Pashinyan, we have stated that if he has at least some responsibility for the fate of the country to which he has sworn, he must resign so that people whom the people still trust, are able to overcome the chaos that has been created. Pashinyan succeeded in accusing everyone and everything, starting from Russian missiles and ending with Armenian servicemen, but he didn’t consider himself responsible for the biggest defeat of Armenia and the Armenian people.”

Zatulin stressed that Armenia is facing a very serious risk once again and is being dragged into a civil war.

“This is being done by the person who is convening rallies, yet doesn’t know anything about managing and being a commander. What else has to happen for people to draw a conclusion on the quality of these authorities?” he added.