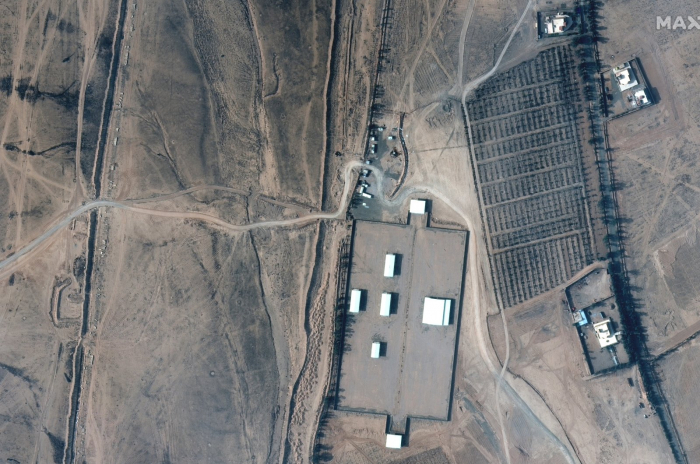 It was not immediately known if there were any casualties. The rockets struck Ain al-Asad airbase in Anbar province at 7:20 a.m., spokesperson Col. Wayne Marotto said.

It was the first attack since the U.S. struck Iran-aligned militia targets along the Iraq-Syria border last week, stoking fears of a possible repeat of a series of tit-for-tat attacks that escalated last year, culminating in the U.S.-directed strike that killed Iranian Gen. Qassim Soleimani outside the Baghdad airport.

The U.S. strike was in response to a spate of rocket attacks that targeted the American presence, including one that killed a coalition contractor from the Philippines outside the airport in the city of Irbil in northern Iraq.

Wednesday's attack comes two days before Pope Francis' is scheduled to visit Iraq in a much anticipated trip that will include Baghdad, southern Iraq and in the northern city of Irbil. The U.S. strike along the border had been in response to a spate of rocket attacks that targeted the American presence, including one that killed a coalition contractor from the Philippines outside the Irbil airport.

After that attack, the Pentagon said the strike was a "proportionate military response” taken after consulting coalition partners. Marotto said the Iraq security forces were leading an investigation into the attack on Ain al-Asad.