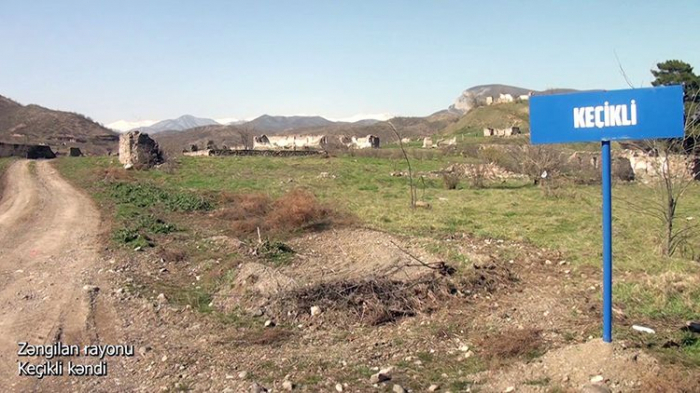 Azerbaijan’s Ministry of Defense has released video footage of Kechikli village of the Zangilan region.