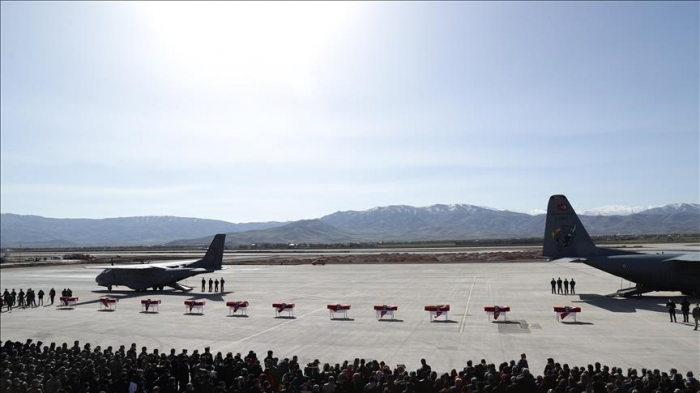 The 11 Turkish soldiers martyred by a helicopter crash were honored by a military funeral service on Friday, AzVision.az reports citing Anadolu Agency.

Besides the martyred soldiers, including one corps commander, two other soldiers were also injured when a military helicopter crashed in the eastern Bitlis province on Thursday.

Following the funeral, the bodies of the martyrs were sent to the capital Ankara for a state ceremony, which is set to be attended by President Recep Tayyip Erdogan.