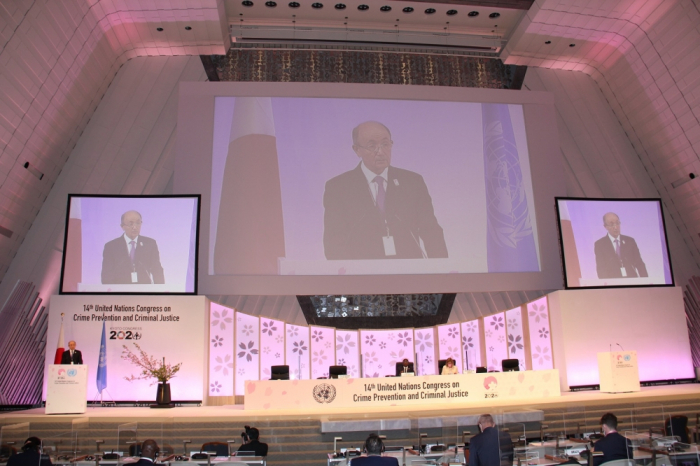 The 14th UN Congress on Crime Prevention and Criminal Justice is being held in Kyoto, Japan from March 7 to 12, AzVision.az reports.

The forum, which is held every five years, was attended by heads of state and government, ministers of justice and interior, prosecutors general, other members of the government, and senior officials of the international organizations from UN member states.

A delegation led by Justice Minister Fikret Mammadov represents the Azerbaijani side.

In his speech, Fikret Mammadov commented on the war crimes committed by Armenia and the liberation of Azerbaijan's ancient lands from the 30-year Armenian occupation under the leadership of the President of Azerbaijan, Ilham Aliyev. Mammadov also highlighted that Armenia involved terrorist mercenaries in the military operations against Azerbaijan violating the international law norms and principles and illegally transferred weapons to the conflict zone by civilian airlines.