At least 8 dead, 170 injured in fire at Yemen migrant facility 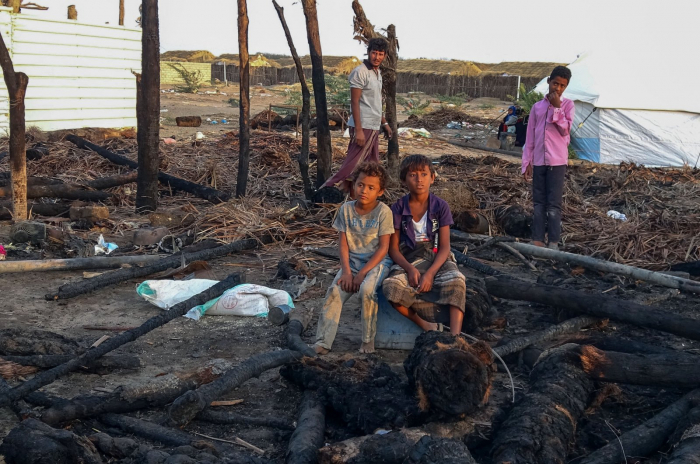 At least eight migrants and guards were killed and 170 others injured in a fire on Sunday at a holding facility in Yemen's capital, the International Organization for Migration (IOM) said.

"IOM is responding particularly with emergency health care for over 170 injured; more than 90 of them are in a serious condition."

Godeau said that it "remains unclear" how the fire at the center in Sanaa started, adding: "This is just one of the many dangers that migrants have faced during the past six years of the crisis in Yemen."

It is believed thousands of migrants are stranded in Yemen, where a years-long conflict has claimed tens of thousands of lives and displaced millions in what the United Nations calls the world's worst humanitarian crisis.

Every year thousands of migrants make perilous boat journeys from the Horn of Africa to the war-torn nation, many with the aim of traveling overland to Gulf countries in search of work.

Last week, at least 20 people drowned after smugglers threw dozens of migrants overboard during a crossing between Djibouti and Yemen, according to IOM.