France: COVID-19 ICU figures at a more than 14-week high 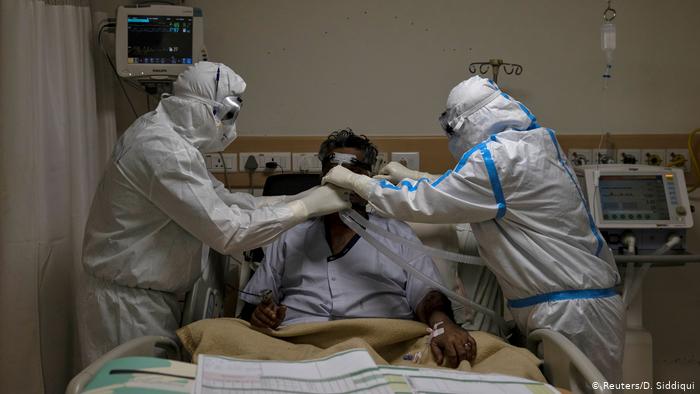 The number of people treated in French intensive care units (ICUs) for COVID-19 reached a 14-1/2-week-high on Monday, at 3,849, while total hospitalisations for the disease increased for the second day running, to 25,195, AzVision.az reports citing Reuters.

The number of people in ICUs is still almost two times lower than the 7,184 peak recorded in April 2020 but remains well above a government target level of 2,500-3,000 for easing coronavirus limits on the circulation of people.

Illustrating the stress on the French health system, medical authorities of the greater Paris region - which accounts for roughly one-sixth of the French population - have ordered hospitals to cancel 40% of their planned normal activity to make space for COVID-19 patients in critical condition.

French health authorities also reported 5,327 new coronavirus infections over the past 24 hours on Monday, a high for a Monday since Dec. 21, versus 21,825 on Sunday.

COVID-19 case reporting on Mondays typically dips as fewer tests are done over the weekend. The seven-day moving average, which smooths out daily reporting swings, stands at 21,270, a five-day high.

The total of cases since the outbreak of the disease more than a year ago is now over 3.91 million, the sixth-highest in the world.

An additional 359 people died from the disease, pushing the total to 88,933, the world’s seventh-highest toll. On Sunday, 130 new deaths were reported.