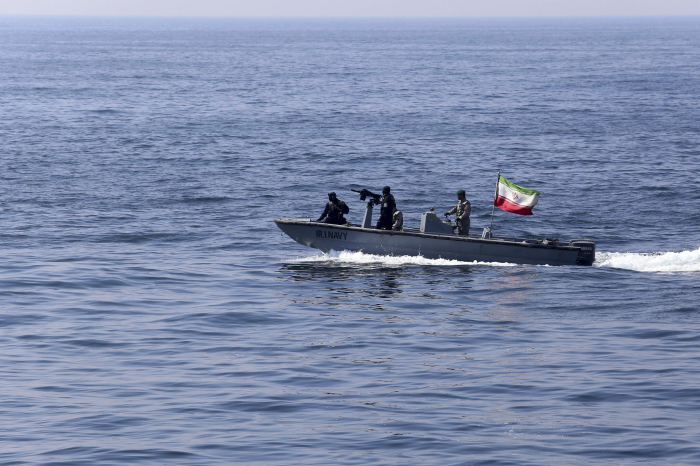 Protesters attacked a coast guard station in southern Iran after a patrol from the force shot and killed a fuel smuggler, the semiofficial Fars news agency reported Saturday.

Fars didn't identify the person killed but said he was a 31-year-old man aboard one of the vessels allegedly smuggling fuel.

Gen. Hossein Dehaki, chief of the coast guard in southern Hormozgan province, was quoted in the Fars report as saying an undetermined number of people later attacked the coast guard station in the Kouhestak district. He said several coast guard members were inured and the crowd damaged cars, vessels and equipment.

Dehaki said calm was restored to the district, located some 1,120 km (694 miles) south of the capital Tehran, by late Friday afternoon.

The violence came some two weeks after at least three alleged fuel smugglers in neighboring Sistan and Baluchestan province were killed in clashes and a crowd of people attacked the local governor's office in the town of Saravan near the border with Pakistan.

The area is one of the least developed parts of Iran. The relationship between the predominantly Sunni residents and Iran’s Shiite theocracy has long been fraught with tensions.

Dehaki said the coast guard has confiscated more than 10 million liters (2.6 million gallons) of fuel from smugglers over the past 11 months.