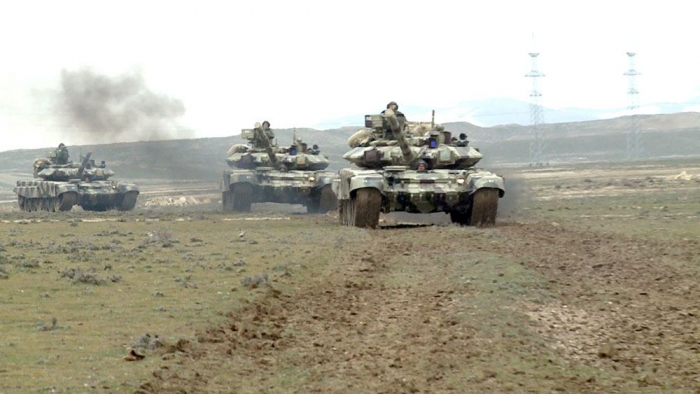 According to the plan of operational-tactical exercises, Azerbaijani troops are deploying in concentrated areas and are being grouped together, the Azerbaijani Ministry of Defense reported.

Combat work is being organized at command posts, said the ministry.

As the defense ministry said, up to 10,000 servicemen, about 100 tanks and other armored vehicles, up to 200 missile and artillery launchers of various calibers, multiple-launch missile systems, and mortars, up to 30 military aviation units, as well as unmanned aerial vehicles (UAVs) for various purposes were involved in the maneuvers.

“During the exercises, conducted in mountainous and wooded areas with difficult terrain, taking into account the combat experience gained by the Azerbaijani Armed Forces during the Second Karabakh War, the focus is given to commanding the troops, bringing them to a state of combat readiness, regrouping, including improving combat coordination and interaction between combined arms associations, missile and artillery troops, aviation and special forces,” the ministry said.

The exercises will last till March 18.