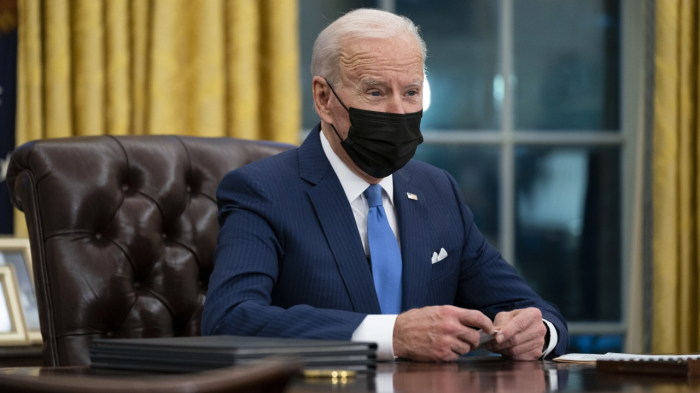 U.S. President Joe Biden will hold his first formal news conference on March 25, after drawing some criticism for not putting himself before reporters sooner for an extended question-and-answer session, AzVision.az reports citing Reuters.

Biden has had a number of brief encounters with reporters since taking office on Jan. 20, but usually only takes one or two questions before walking away.

The White House has cited Biden’s preoccupation with tackling the coronavirus pandemic as the main reason why he has held back from a formal news conference.

Republicans and some media critics have called on Biden to appear at an actual news conference as part of the president’s traditional role of being held accountable to the public.

They have pointed out that the nearly two-month span since Jan. 20 is the longest period a recent new president has gone without holding a formal news conference.

Biden, with a job approval rating in the 50s, has had little incentive to appear at length before reporters. His predecessor, Donald Trump, held many more encounters with reporters than Biden but they often did him more harm than good politically.