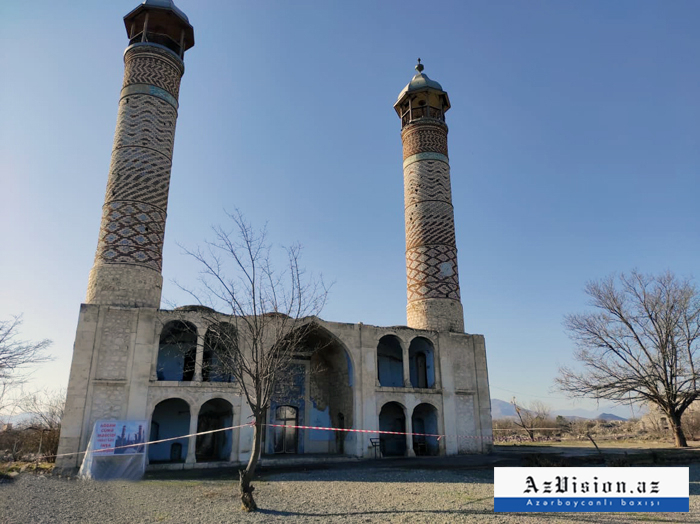 Heads of political parties and political scientists visited the Juma Mosque in Aghdam and saw the ruins of the Tea House on March 17, AzVision.az reports.

Participants of the trip were informed about the history of the mosque and the vandalism committed by Armenia. It was noted that the mosque was built by Karbalayi Safikhan Karabakhi in 1868-1870. The minarets of the mosque, which were exposed to Armenian vandalism were demolished from the inside, the ceiling was destroyed in several places, and the design and inscriptions were deliberately rendered useless and unrecognizable.

Although Armenians try to erase the historical and religious heritage of Azerbaijanis in the occupied territories, they will not succeed. Speaking in front of the Aghdam Juma Mosque, Azerbaijani President Ilham Aliyev said that the liberated territories would be completely rebuilt: "The ruined city of Aghdam is a witness to Armenian atrocities. We will restore the city of Aghdam and all the villages. Let no-one ever doubt that. It will be a difficult task. Of course, it will take much effort. But just as we have shown unity for 44 days, I am confident that we will show unity and determination in the restoration of our liberated lands. We will restore all our cities and built even more beautiful cities. We will restore the remaining historical sites in our cities and show our strength once again."