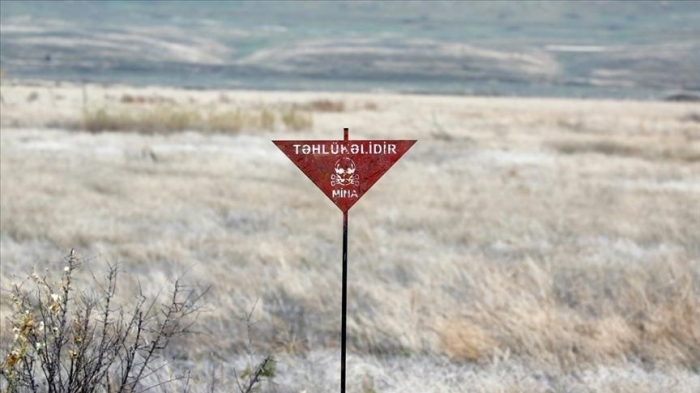 Rabbi Zamir Isayev, Director of Baku Jewish school, and the  Chairman of the Georgian Jewish community witnessed the risk and carnage of post-conflict Karabakh minefields. On March 16, he stated that two civilians were killed and three others were injured in the Aghdam region. They were blown up by an anti-personnel mine.

“The incident took place on the territory of the liberated from occupation Yusifjanli village. The #Armenian side does not issue a map of minefields so that casualties could be avoided,” tweeted Isayev.

Commenting in further detail, Isayev wanted to declare how he had witnessed the carnage and sorrow of the mine planting first-hand.

“Yes, it (the incident in Agdam) was today. I would like to declare something for rep. Underground: Right after the end of the war, Dozens of innocent Azerbaijani citizens died because of Armenian millions of mines that were installed in all occupied areas,” said Isayev.

“I was in the liberated territories and saw by my eyes the kilometres of areas that were full of mines. Azerbaijan requires the map of minefields that every normal army must have when they put mines. But Armenia refuses to provide it.”

“It is possible that Armenia doesn’t have any map at all if so, they put mines in a chaotic manner, which is a crime against humanity. Even Nazi Germany during WW2 had the maps of their minefields. I think that the international community has to require from Armenia the maps, And call her to account for the dead Azerbaijani citizens.”

Despite the efforts of institutions such as HALO and ANAMA, the mines continue to be a major safety risk to people attempting to return to the region. In recent news, a farm worker’s leg was blown off at the shin while attempting agricultural work in the region.

As the sorrow and continued casualties of Karabakh rack up body counts, the community of Azerbaijan continues to make an open appeal to the world to consider and understand the risk. Karabakh continues to suffer the wounds of crimes against humanity left to become infected by post-official conflict casualties. Likewise, crimes against humanity such as the removal of human remains from the grave in mass numbers, and the complete decimation of infrastructure, have left the people of Karabakh with a great pause.

Rachel Brooks is a journalist and editor at Republic Underground